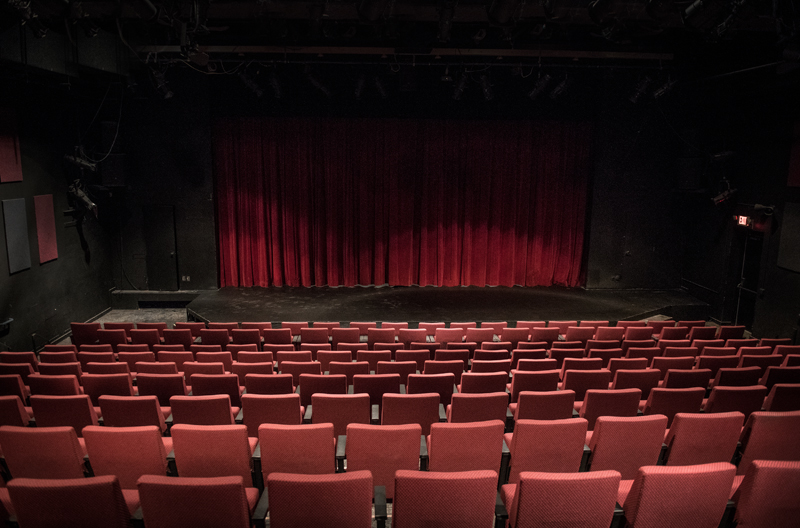 Few places in the area have as many stories and first-hand accounts of the paranormal as the Marion Ross Performing Arts Center. - Colleen Harrison/Albert Lea Tribune

Many places and buildings in the Freeborn County area have storied histories. Spooky stories have been passed down generation to generation, feeding fear into the minds of anyone who is brave enough to listen.

However, few places have as many stories and first-hand accounts of the paranormal as the Marion Ross Performing Arts Center. According to many people who have spent quality time in the building, there’s no doubt the building is haunted.

The building that the Marion Ross Performing Arts Center is located in has served a number of different purposes in the past. It has been an opera house, a fire station, a teen center, a Masonic lodge, but perhaps the most interesting use was as a temporary hospital during the flu epidemic in the 1920s.

According to documents from the Freeborn County Historical Museum, a 26-year-old woman, Minnie (Krominga) Gregson, passed away in the building from complications with the flu. She left behind a husband, John M. Gregson, and a 2-year-old daughter.

Many former and current Albert Lea Community Theatre employees and performers will tell you Gregson never fully left the building.

Rory Mattson, a director of over 40 plays for Albert Lea Community Theatre, said he is sure the building is haunted.

“The theater is in fact haunted,” Mattson said. “When we moved the Performing Arts Center into that building and had the remodel done, several people told us that theoretically the building was haunted. Everybody laughed about it.”

It didn’t take long for Mattson to start believing. Sometimes working on the technology aspects of his plays, Mattson said he was working late at night on the lighting for a show the next day when he had his first encounter. 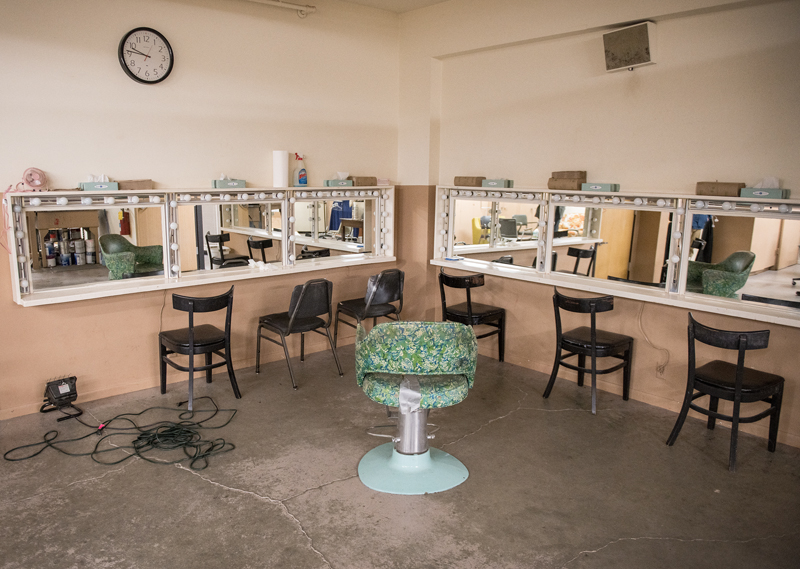 According to Rory Mattson with Albert Lea Community Theatre, more than a couple people have claimed to see a woman moving through the mirrors in the basement of the Marion Ross Performing Arts Center. – Colleen Harrison/Albert Lea Tribune

“I kept feeling this stuff on my neck, like somebody was breathing on my neck,” Mattson said. “I was up on a ladder, 20 feet above the floor. Of course nobody could be breathing on my neck. It continued for quite a while before it stopped. I didn’t think much of it at the time, but I told the story to Marna Warner, who was a director that had been there for sometime. She said ‘Oh, that’s her. The building is haunted.’”

Since then, Mattson said whenever he enters the building alone he says, “‘Hello, remember me?’” and he doesn’t have any problems. However, the same can’t be said for some of the performers in his plays.

Mattson recalled one young actress who was performing in one of his plays, and every time she walked into the women’s dressing room, the lights would shut off. It happened not just once, but every day for six consecutive days. Mattson said he told the actress to go upstairs and apologize for using the dressing room, and the lights never shut off again.

Mattson also said that more than a couple people have claimed to see a woman moving through the mirrors in the basement, and that two women have had the lights shut off on them multiple times in starways in the theater. Both of the stairway incidents were separated by more than four years, according to Mattson.

Sue Jorgensen, a longtime performer at the theater, has also had some experiences she couldn’t explain with rational logic.

Jorgensen said her youngest daughter and one of her friends were doing the lighting for a show, and Jorgensen joined them in the lighting booth to watch the performance. Jorgensen is sure what she witnessed during the play was a supernatural act.

“All of a sudden in the middle of the show, this kind of white, not really a figure but a shape, came out of one locker and went into the next locker,” Jorgensen said. “I gasped and the girls that were up there with me said, ‘Did you see that, too?’ All three of us saw this white shape go from locker to locker in the middle of a performance.”

Jorgensen said her daughter has also been tapped or lightly pushed on the shoulder when working late nights in the building.

“I’m very uncomfortable being all by myself in the dark and in the basement of that theater,” Jorgensen said. “I don’t like to be by myself. It feels like I’m being watched.”

Jorgensen said there is another compelling piece of evidence in the form of a photograph. When the building was being renovated in the ’90s, the theater hired a professional photographer to take photos of the finished work. In one of the photographs taken of the men’s restroom, a woman holding the hand of a young child can be seen in the reflection of the mirror. The whereabouts of the photo are currently unknown — it is thought to be somewhere in the theater or in the possession of someone who used to work at the theater.

Along with Mattson and Jorgensen, Tony Segura, Lisa Sturtz, Neil Lang and Jason Howland have either had personal experiences at the theater or have heard some of the many accounts from others who have had run-ins with the paranormal at the Marion Ross Performing Arts Center.

“Every good theater needs a ghost,” Mattson said. “I’m not kidding when I say this, I know what I felt on the back of my neck. I know what happened to those two girls going up and down the stairs. … Like all good theaters, ours is haunted.” 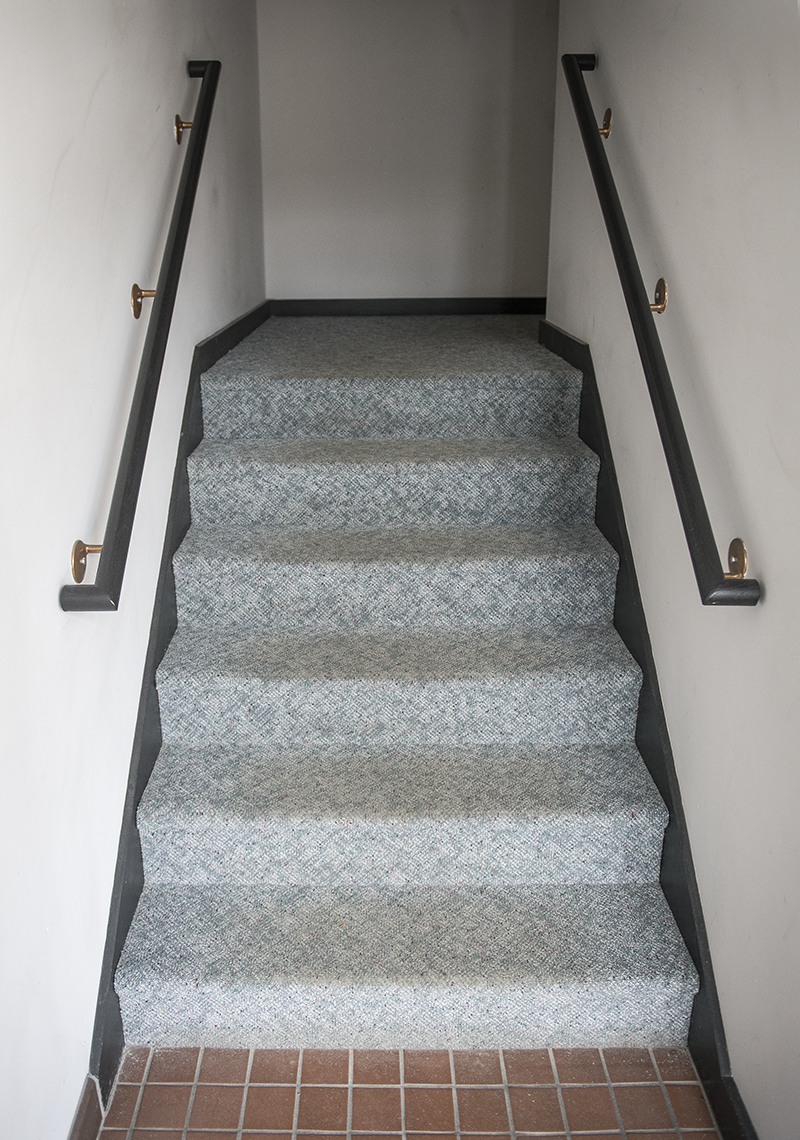 Two women have had the lights shut off on them multiple times in stairways in the theater, and both stairway incidents were separated by more than four years, according to Mattson. – Colleen Harrison/Albert Lea Tribune