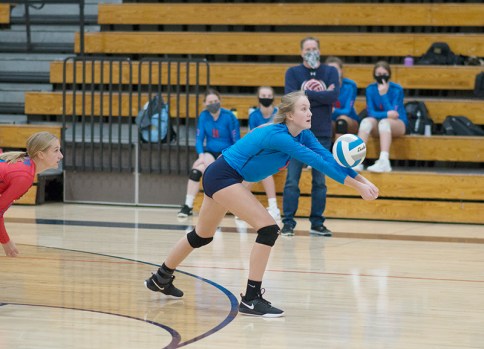 Sophomore Ava Jensen returns a serve Thursday night against Austin. The Tigers beat the Packers in five sets to record their first win of the season and first win since 2017. - Tyler Julson/Albert Lea Tribune 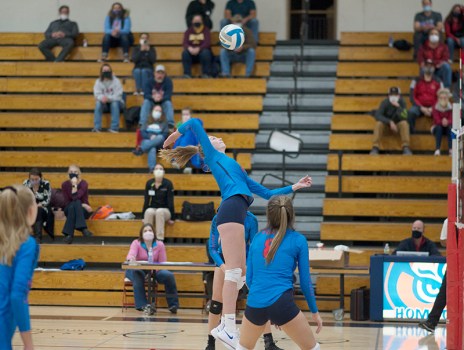 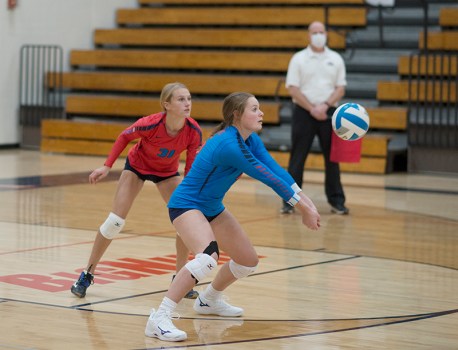 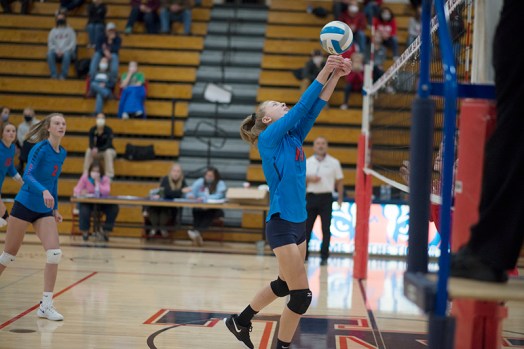 Albert Lea senior Carissa Nelson hits the ball back to the middle of the court against Austin Thursday night. Tyler Julson/Albert Lea Tribune 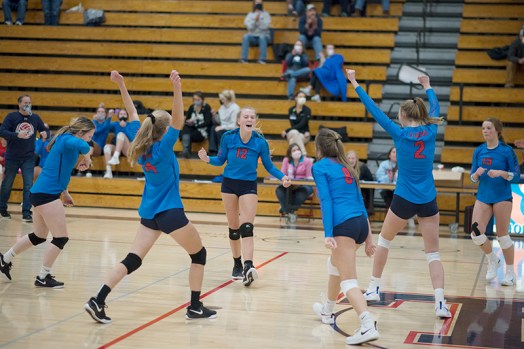 The Tigers celebrate after their match-clinching point Thursday night against Austin. The win was the first for Albert Lea since the 2017 season. Tyler Julson/Albert Lea Tribune

The Albert Lea volleyball team came into its matchup with Austin Thursday night with a prime opportunity to get its first win of the season.

After a late scare from the Packers, the Tigers fought back in the fifth and final set to win their first match of the season and first win since 2017, 3-2.

The first set was dominated by the Tigers. The Packers made too many mental mistakes and the Tigers capitalized by playing smart volleyball and finding open spots on the floor. The Tigers took the 1-0 lead after winning the set. 25-15.

The second set started out much the same as the first set. Albert Lea climbed out to an early lead and were up 20-12, threatening to pull away and take the 2-0 lead. However, Austin started chipping away at that lead, going on a 6-0 run. Albert Lea was too far ahead by the time Austin’s run came to an end, and won the set, 25-20.

The Tigers got out to a slow start in the third set and found themselves in a deep hole for the first time in the match. Midway through the set, the Packers led 21-13. Many other teams might have chosen to pack it in and start fresh the next set, the Tigers chose to fight back. The Tigers went on a 9-1 run to tie the set at 22-22. A timeout by the Packers let them refocus and  pull away 25-23.

The fourth set went even more in favor of the Packers. The Tigers were hitting the ball hard, but many of their shots sailed too long and out of bounds. The shots that would have landed in bounds were dug by the Packers back line. The Packers took advantage of the Tigers’ inability to finish, winning the set 25-18.

Heading into the fifth and final set, it was the first team to 15 points that would win the match. The Packers jumped out to an early lead, but the Tigers stayed close behind until a small run put the Packers up 6-2. It seemed as though the Tigers would be on the losing end of a heart-breaker. But the Tigers’ never-quit mindset kept them alive as they went on a 5-1 run to tie the set at 7-7. The Tigers continued their dominance after a Packers timeout and won the set 15-8.

The Tigers move up to 1-3 on the season and will be back on the court Monday when they travel to Mankato to take on the 2-2 West Scarlets.