Bridge Avenue construction winding down in next few weeks 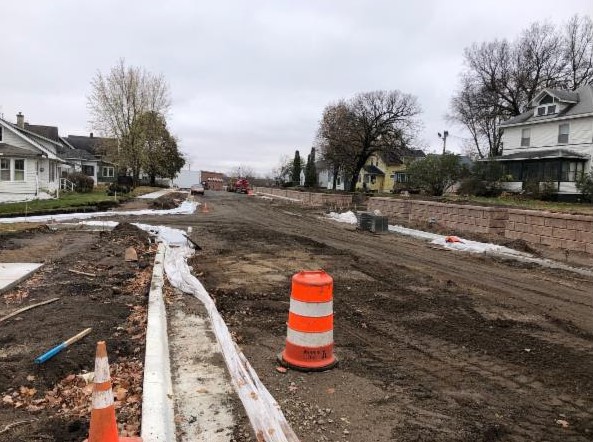 Construction this year on Bridge Avenue is in the homestretch with less than a month to go until the road is expected to fully reopen to traffic.

Freeborn County Highway Engineer Phil Wacholz said he anticipated the road to open to all traffic the week of Thanksgiving. It has been closed since mid-June.

The intersection at Bridge Avenue and Marshall Street recently reopened to traffic with stop sign controls, though the intersection has not been striped, Wacholz said. 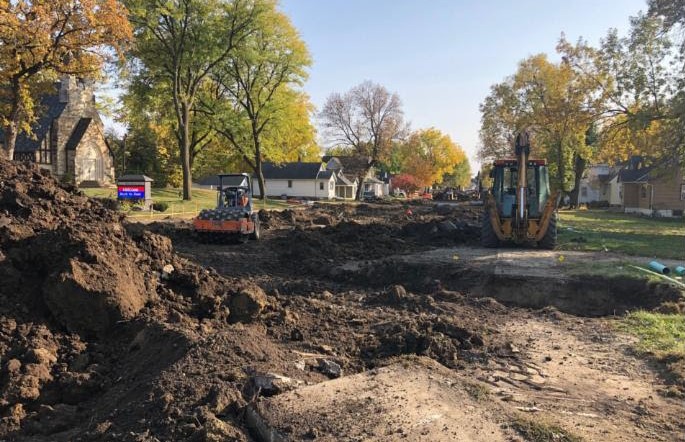 The reconstruction of all underground utilities between Marshall Street and the main entrance to the Freeborn County Fairgrounds is expected to be completed at the end of this week. All of the water and sewer lines have been replaced, as well as the storm sewer.

After that is complete, crews will then begin work on building the road and finishing curb and gutter by Wednesday of next week.

Paving is expected to be completed by Nov. 11. He anticipated the road to remain closed to through traffic after that until Thanksgiving week as crews continue with work on the boulevards and sidewalks.

“The project team has been doing their best to keep things moving as well as possible,” he said. He noted residents overall have been accommodating and understanding of the construction process, and he is excited the project is nearing completion for the year. 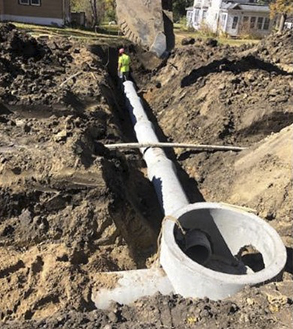 Wacholz said as of Wednesday morning the forecast looked favorable.

“As with any construction, we need those warmer temperatures to stick around and the sunshine,” he said.

Work is expected to begin again on the second half of the project — from the main fairgrounds entrance to Hammer Road — hopefully in May, Wacholz said. The goal is to keep the Richway Drive intersection with Bridge Avenue open as much as possible to allow east-west traffic to get through, and detours will again be in place.

He anticipated to have an earlier completion date for the remaining portion next year.

The entire project is about $12.2 million.