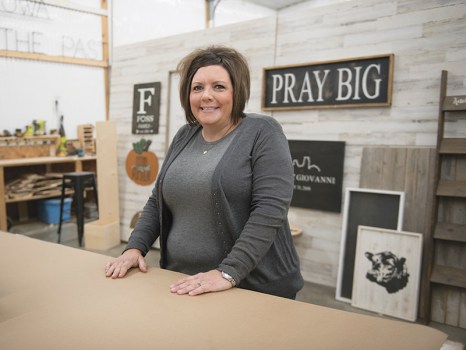 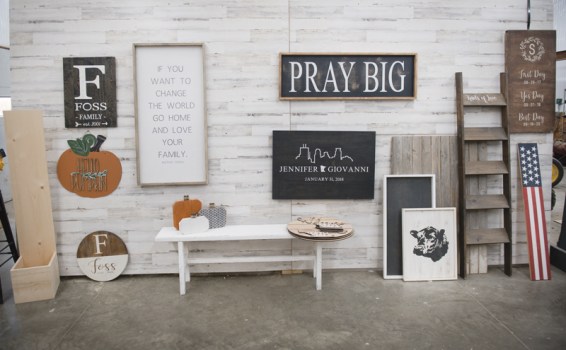 A variety of different sign designs are available for customers to make, and they are also welcome to send custom design ideas to Foss. - Colleen Harrison/Albert Lea Tribune 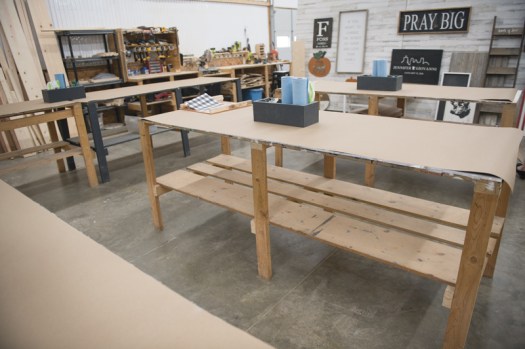 The Painted Horse Studio is on the Foss' property in Glenville. - Colleen Harrison/Albert Lea Tribune 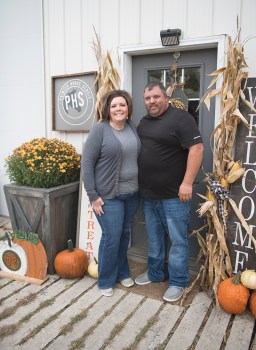 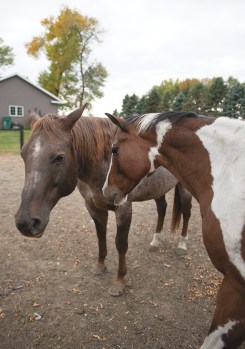 The Painted Horse Studio is right across from the family's horse pasture. - Colleen Harrison/Albert Lea Tribune 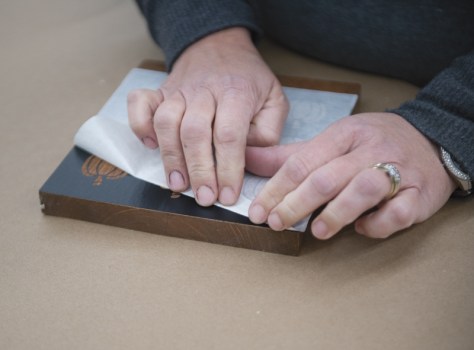 Val Foss said a lot of customers ask her to apply the stencils for them. - Colleen Harrison/Albert Lea Tribune 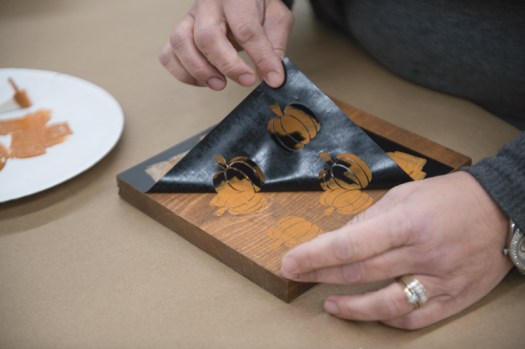 Foss cuts the stencils herself when customers decide what project they're going to make. Her husband cuts the different pices of wood for each project. - Colleen Harrison/Albert Lea Tribune 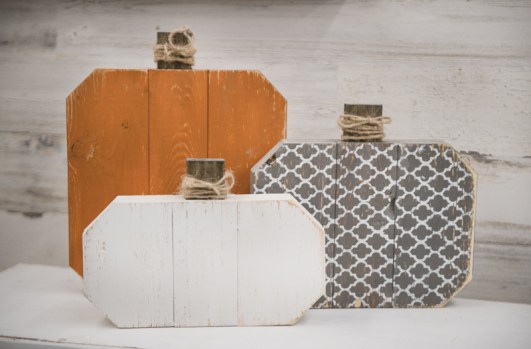 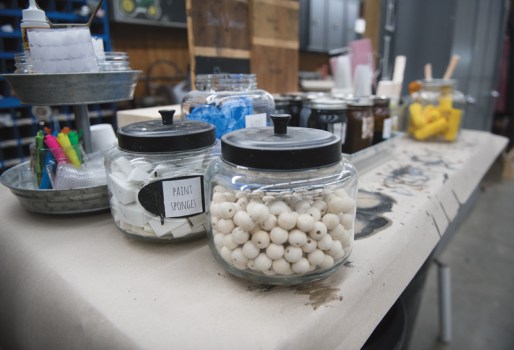 A number of different tools and materials are available for use in projects at The Painted Horse Studio. - Colleen Harrison/Albert Lea Tribune 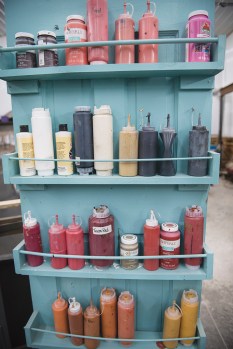 A variety of different paints are available for projects at The Painted Horse Studio. - Colleen Harrison/Albert Lea Tribune 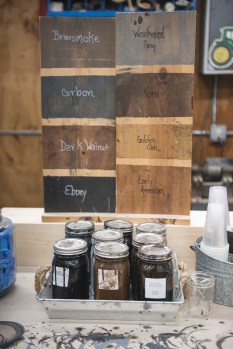 The Painted Horse Studio has a number of different stains for customers to choose from for their projects. - Colleen Harrison/Albert Lea Tribune 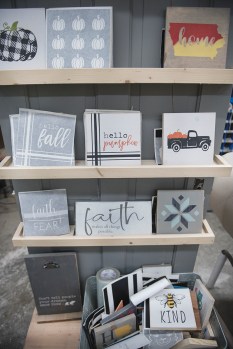 GLENVILLE — It started small with 4-H groups and other children’s groups, and then one day someone approached Val Foss and asked her if she would take on a class with a women’s group.

At the time, she said, she was working full time and raising her three children with her husband, Eric.

“I said I would do it,” Foss said. “I was nervous, but it was amazing. It was really fun, and it started to grow kind of all on its own. It’s taken on a life of its own.”

She had purchased a vinyl cutter for fun, but little did she know at the time that the cutter would lead to a full-time business.

That was three years ago when The Painted Horse Studio began, named after the Foss family’s paint horse Grace, their self-proclaimed favorite horse. The studio offers sign and project painting workshops, as well as custom orders.

Foss said her family got Grace, who is now 22, about seven years ago.

“She loves kids and has helped us raise our kids,” she said of her beloved horse. “She has an amazing personality. When we were trying to figure out a name it just brainstormed into The Painted Horse.”

The studio name is fitting as people can look out the window of the shop and see Grace and the other horses grazing in the pasture. The family also has cattle and sheep.

Two years ago in November, Foss quit her full-time job in sales at Milkhouse Candles in Osage to focus fully on the studio. She said the studio typically has two to three groups a week that come in to make signs.

While most of the business has been for groups of women, she occasionally has men who come in as part of a group, and also some children, too. In addition to private parties, she offers open paint nights, where people can come in alone or with a friend or two to paint.

Whether they’re coming in for a private party or for the open paint night, people need to RSVP at least three days ahead of when they want to come into the shop and then send her a photo of what they would like to create, including the design, the size and whether they would like to have a frame for their piece.

Foss then prepares a one-time use stencil ahead of time for each person, and her husband cuts the wood so that they have all the elements of their project ready to go when people arrive. She said they like to purchase wood in the area, whether that’s through Home Depot in Albert Lea or Worth Lumber in Northwood.

When people arrive at the shop, they first stain their wood, and then once that is dry, they paint their design using the three-part stencil.

Foss has dozens of colors of paint available for people to choose from. She said she uses Dixie Bell Paint Co. chalk paint.

“The process is seamless,” she said. “There’s no skill or creativity required at all. I’ve had little kids. I’ve had 80 year olds with Parkinson’s who are just beside themselves they can do it.”

Prices range, depending on the size of the project, and she estimated most are about $45, though larger ones could be more toward $85. She also has smaller projects that are $10.

“There’s something to fit everybody’s price range,” she said.

Before the COVID-19 pandemic, the studio could fit 25 people comfortably, but now she allows 10 at a time.

She said she has enjoyed having the business and the flexibility it provides her to schedule groups around other things happening in her life. Her husband also works for the Minnesota Department of Transportation and the family also raises corn and soybeans.