David E. “Dave” Erickson, age 69 of rural Lake Mills, died on Wednesday, October 7, 2020 at St. Mary’s Hospital in Rochester, Minnesota with his sisters by his side.

A funeral service for Dave will be held at 11:00 AM on Monday, October 12, 2020 at Emmons Lutheran Church, 490 Pearl Street in Emmons, Minnesota with Pastor Ryan M. Henkel officiating. Burial will be in Oak Lawn Cemetery, rural Emmons, with military honors conducted by the Otto Chose American Legion Post #235 from Lake Mills.

For those in attendance at the funeral, social distancing guidelines will be followed and wearing a face covering is required. If you are not able to attend, Dave’s service will be live streamed on the Emmons Lutheran Church Facebook page beginning at 11:00 AM on Monday. 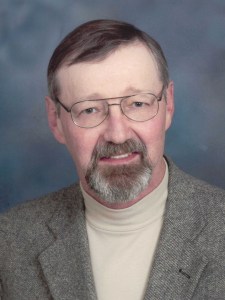 Visitation is open to the public and will be from 4:00 to 6:00 PM on Sunday, October 11, at Mittelstadt Funeral Home, 902 East Main Street in Lake Mills and will continue one hour prior to the service at the church on Monday.

David Elmer Erickson was born on May 24, 1951 at Naeve Hospital in Albert Lea, Minnesota to parents Elmer C. and Lydia (Wyrum) Erickson. He was the youngest child, lucky to have two older sisters at home. Dave was baptized on July 1, 1951 and confirmed May 29, 1966, both at Emmons Lutheran Church, and he graduated from Lake Mills High School with the Class of 1969. During high school he enjoyed playing basketball and football for the Bulldogs.

Following graduation, as Dave (a man of few words) once explained his life, he stated that he enlisted in the Army, in November of 1970, and spent most of his active duty in Germany. He was honorably discharged on November 15, 1973, after which, he moved back to his hometown and worked in the tiling business. Dave then began his career at Larson Manufacturing where he was employed until retirement.

Sports played a huge part in Dave’s life, from when he participated in high school, to watching the current LMHS athletic events, catching professional games on TV, or reading stats and scores in the newspaper. As a proud and devoted member of the Otto Chose American Legion, Dave spent countless hours volunteering with the honor guard at funerals and parades, and he was privileged to help post the colors at LMHS football games as the National Anthem was played, just prior to kickoff.

Dave was devoted to his family, always making sure his mom Lydia was able to get to her grandchildren’s celebrations. He was a great friend and neighbor who would lend a hand in any way if his health allowed. Dave was amazing at farming from the driver’s seat of his white Ford truck! Over the years, he put on many miles, just driving the countryside checking on the neighboring crops, watching for wildlife, and enjoying the scenery.

Fishing was a passion that Dave was able to share with his brothers-in-law and nephews. They all have stories from Baudette, MN of the Walleye they have caught (and maybe a story about the one that got away). Reading books, doing jigsaw puzzles and card games were all hobbies that Dave enjoyed.

For the last 12 years, Dave has struggled with a number of health problems. He faced cancer and heart issues in the past, and most recently had an intestinal blockage. Dave will be missed by all who knew and loved him!

Survivors include his sisters and their husbands: Lucille (Al) Kloppen of Burnsville, MN and Elaine (John) Varner of Moline, IL; his niece Michele (Pete) Chapdelaine with their children Luke & Taylor, a second niece Kim Sather with her children Stephanie, Scott & Shaun, and a nephew Doug (Briana) Kloppen and their children Chase & Zach. He is also survived by many cousins, friends and old Army buddies.

David was preceded in death by his parents Elmer and Lydia Erickson.