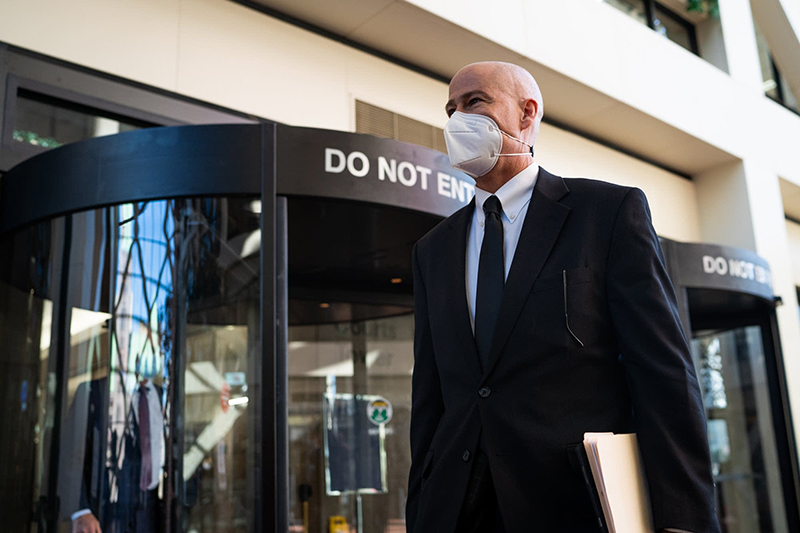 The defense attorney for one of the former police officers charged in George Floyd’s killing is arguing that the trial should be moved from Minneapolis to avoid harassment by protesters.

Attorney Thomas Plunkett filed a memo in the case Tuesday arguing that a confrontation following last week’s hearing in the case was evidence that the trial should be held elsewhere for safety reasons.

While he talked with reporters, protesters interrupted Earl Gray, the attorney defending former officer Thomas Lane. One man pursued Gray through the Hennepin County Government Center atrium as they shouted at one another. Plunkett, who represents former officer J. Alexander Kueng, alleged in his filing that the protester violated statute forbidding harassment that’s intended to disrupt a judicial proceeding.

Demonstrators, including Floyd’s family, have repeatedly and publicly called for the trial to stay in Minneapolis. The man who confronted Gray, Jonathan Mason, who identified himself as a member of the group the 10K Foundation, said he isn’t concerned that his actions could contribute to moving the trial.

“I’m actually very proud of myself for being able to stand up as a moral authority within our society, within our state of Minnesota, to say that enough is enough, we need to actually tackle things like homelessness, let’s focus in on people who are getting brutalized, criminalized within our communities,” Mason said.

Plunkett also argued that the arrest of one armed individual after the hearing showed the potential for deadly violence.

“The protests surrounding these proceedings have grown from signs and slogans to harsh words and property damage, and now to a heavily armed citizen with a violent history being arrested while calling for the death of a defendant,” Plunkett wrote in the memo.

Plunkett suggested to the judge that the trial should take place at a location where protesters can’t arrive by bus or train.

In another recent filing, the attorney cited demonstrators outside the court building after a hearing on Sept. 11 who followed, and he alleges, assaulted defense attorney Gray and former officer Lane.

Floyd’s killing sparked protests across the country, and civil unrest in the Twin Cities. Defense attorneys initially argued that Kueng’s trial should be moved outside of Minneapolis due to pre-trial publicity. Prosecutors have not yet responded to defense attorneys motions to move the trial.

Judge Peter Cahill has expressed concern about the level of attention to the trial and the number of threats received by defense attorneys for the former officers. Cahill has said he’s inclined to keep jurors separate from the public by providing an escort of sheriff’s deputies.