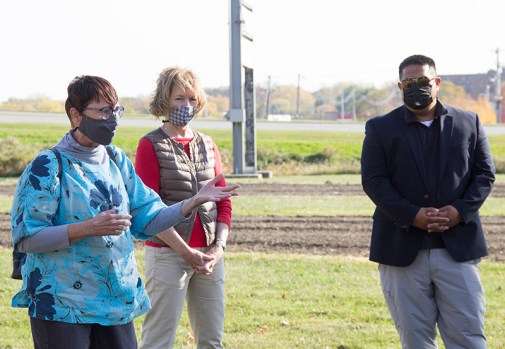 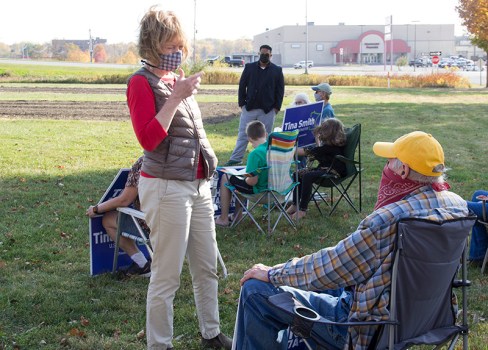 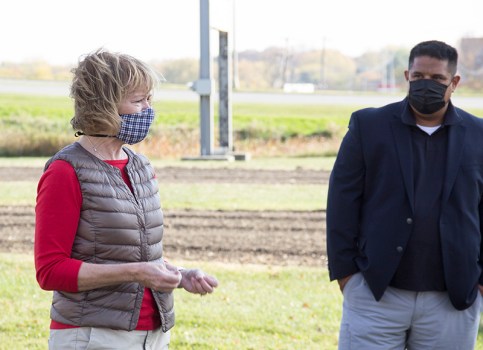 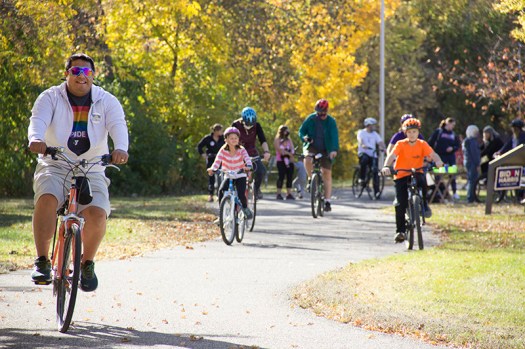 With about three weeks to go until Election Day, DFL candidates had two outdoor events in Albert Lea over the weekend, encouraging people to get out to vote.

In the midst of a global pandemic, Smith said the nation has a president who cannot commit to abiding by a peaceful transition of power, and she criticized President Donald Trump and Senate Majority Leader Mitch McConnell for pushing the confirmation of Supreme Court nominee Amy Coney Barrett through so close to the election.

She said she understands if people are feeling worried about the upcoming election as it is a very personal election for many with the future for their children and health care at stake.

“But worrying is not a strategy,” she said.

She encouraged people to organize themselves and vote, and to reach out to friends and family members who want to vote to make sure they have the ability to do so.

She said she had “a history” with Poppe from when she was the chief of staff for Gov. Mark Dayton and then lieutenant governor before she was appointed to the U.S. Senate, and said Martinez would be a legislator who would do things for the people in the district.

Poppe, whose district includes one township in Freeborn County, said she was also excited Martinez was running a great campaign.

Poppe said she was hopeful this week to pass a bonding bill as legislators return to the Capitol for a special session as Gov. Tim Walz is expected to extend the peacetime emergency another 30 days. She said 49 states in the country have emergency declarations in place, and she criticized House Republicans, who she said were the only ones not supportive of a previous bonding bill during one of the earlier special sessions.

Martinez criticized his opponent, District 27A Rep. Peggy Bennett, who he said was not supporting the interests of the district and said he was excited to turn 27A from red to blue.

Martinez’s comments came a day after he hosted a bike ride-along with supporters on the Blazing Star Trail.

Martinez said he thinks the area should move toward becoming an outdoor recreation community in light of the loss of industries and retailers in the local economy in the last 20 years, focusing on things like bike paths and state parks.

He said the area needs leaders who will fight for working families and small Main Street businesses and said he is the only candidate who has conveyed a bold, clear vision to constituents.