Douglas Richard Langerud of Austin, TX, passed away peacefully on October 1, 2020 from complications due to Parkinson’s Disease/Lewy Body Dementia.

Doug was born on April 14, 1956, in Forest City, IA, to Richard and Mavis (Erickson) Langerud and was raised in Albert Lea, MN. In 1972 the family moved to Stewartville, MN where he graduated from Stewartville High School in 1974. He received his BA in Business from Mankato State University. After graduation, Doug began his lifetime career in retail management where he positively influenced so many employees, co-workers, and customers. Doug was married and later divorced. 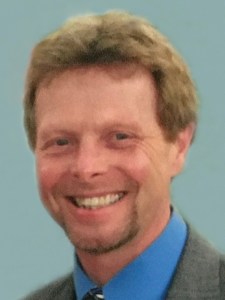 Doug had an intense passion for sports throughout his entire life. He was on several softball and basketball leagues and ran marathons in both Minnesota and Texas. He was an avid fan of the Minnesota Vikings, the Minnesota Twins, and the Minnesota Timberwolves. A highlight of his fandom was seeing himself and his sisters on the Jumbotron at a Twins game where all the fans celebrated his win against cancer.

He also enjoyed traveling, hiking, painting, drawing, music and his beloved dogs, Jazz and Pippen. He was happiest though spending time with his family and friends. Doug’s dry sense of humor, infectious smile and his kind, gentle spirit will be remembered by everyone who knew and loved him.

Doug is survived by his sisters, Cindy Whited of Savage, MN, and Patricia (Scott) Huber of Round Rock, TX, nephew Dane (Jordan) Schad and their daughter, Reagan of Prior Lake, MN, niece Lindsay Huber of Austin, TX, nephew Grant Huber of Houston, TX, and numerous relatives.

We would like to thank all our family and friends for their support during Doug’s journey and the staff at Pavilion at Great Hills and the Gilead Hospice team for their care and support.

A Celebration of Life service for Doug will be announced at a later date. Memorial gifts may be directed to the Lewy Body Dementia Association at https://www.lbda.org/donate/. Condolences and memories of Doug are welcome at www.beckchapels.com.