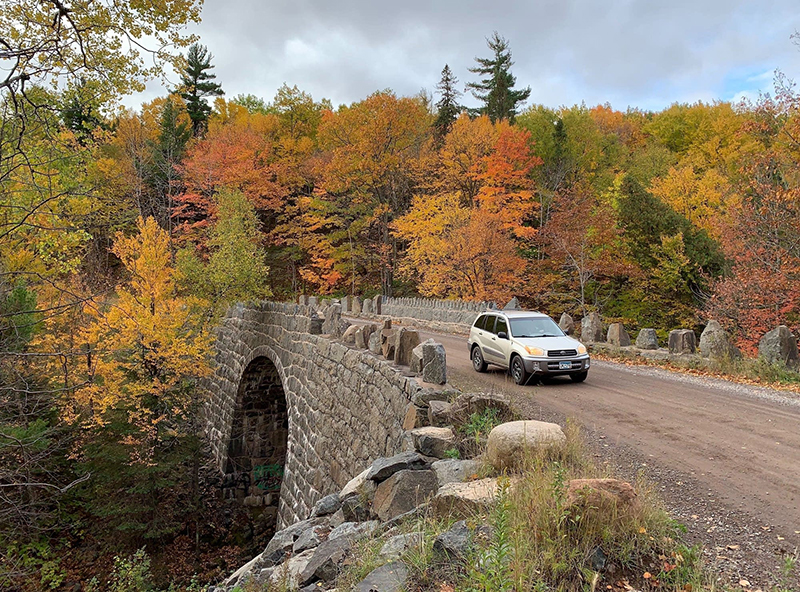 If you haven’t already gotten the hint, it’s time to head outdoors. Half of Minnesota has already reached peak fall color season, with the other half close behind.

Thursday’s fall color map from the Department of Natural Resources shows a nearly even split across the middle of the state. Northern Minnesota is already saturated in peak color, while the southern region is catching up.

“Get out this weekend if you want to visit anything north of Alexandria, St. Cloud or Pine City,” said the DNR’s Rachel Hopper.

Northern parts of Minnesota typically reach peak color between mid-September and early October, according to Hopper, meaning the state’s progression is in line with where it should be despite moving faster than in previous seasons.

Several areas along the Canadian border are already past peak, as well as some stretches of the North Shore. Areas like Duluth and Silver Bay are in prime time.

With just a couple weeks left of fall colors, Hopper recommends heading north this weekend given how quickly fall colors are moving in the northern portion of the state.

“Go this weekend and then you still have a couple weekends to have some fun in the central and southern part of the state.”

Although southern regions are taking their time, they are not too far behind. The St. Cloud area and south to the Twin Cities is almost at peak, while the Rochester area is about halfway there.

For those looking to catch a glimpse of red, orange and gold before the leaves fall, check out these suggestions from the DNR.

“You get this huge splash of spectacular fall colors as soon as you enter the park on the main road,” Hopper says.

Hopper recommends the Rocky Point Trail, which takes visitors through a golden maple basswood forest. Stop by the overlook, located at the highest point of Lake Bemidji, for an impressive view.

If you’re looking for a hike dripping in fall colors, look no further.

The DNR recommends hiking from the park’s Trail Center to the top of Day Hill, about 2 miles round trip, to see the lighthouse amid the fall colors. For those doing a quick drive-by, the DNR suggests stopping at the Scenic Overlook, off Highway 61, for a more accessible view.

Located in the southwest region of the state, Hopper describes Camden as a historical gem.

The Redwood Lodge, built in 1935, was remodeled last year, according to Hopper. Visitors can stay overnight at the lodge and are encouraged by the DNR to hike the River Trail, which overlooks Riverwood River Valley.

While we typically associate fall colors with the changing of the leaves, Hopper says the park’s prairie grasses offer a lovely shade of gold this time of year.