‘Her time was cut short’ 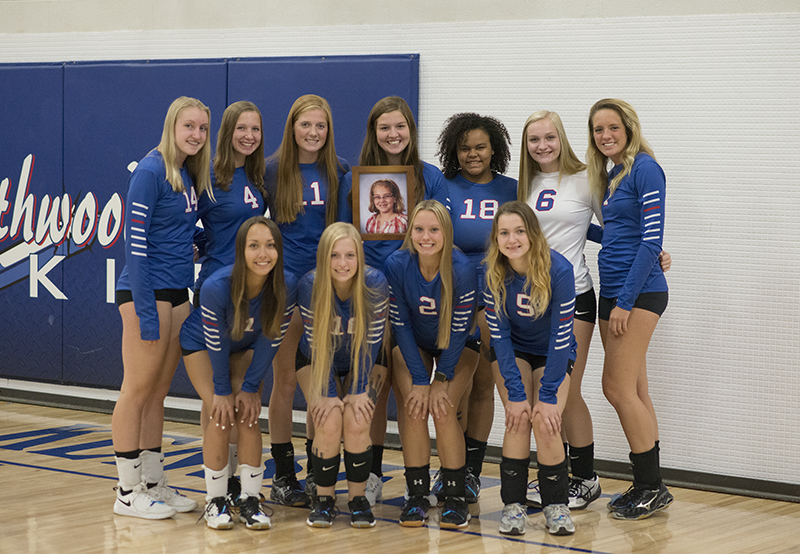 The seniors of the Northwood-Kensett volleyball team chose to wear ribbons on their shoes this season as a way to honor the memory of Cassidy Stehn, a classmate who died in 2012. - Tyler Julson/Albert Lea Tribune

NORTHWOOD — For the seniors on the Northwood-Kensett volleyball team, this season holds a little bit more meaning than most years. While on the court this year, the team decided to wear purple and blue ribbons on their shoes to honor the memory of one of their classmates, Cassidy Stehn.

Stehn, who died as a result of a car accident in July 2012, has remained in the hearts of her classmates and has a lasting impact on them to this day.

Senior Olivia Stilley explained the reason why the team chose to wear the ribbons to honor Cassidy.

“We knew we wanted to honor her in some way, but we did know how — whether it was putting her name on our warmups or doing something every game for her,” Stilley said. “We decided to put the ribbons on our shoes so she would be there on the court with us for every game.”

Cassidy’s parents, Rodney and Teresa Stehn, said they were grateful the team and senior class in general has kept them in their thoughts and involved them with so much throughout their school years.

“It’s very emotional,” Teresa Stehn said. “We love it that they include us in everything … We try to stay involved, and we try to make it to as much as we can, especially this year. We don’t want to miss a whole lot. It’s like it’s our senior year, too.”

According to senior Kayla Senne, the team also honored Cassidy on senior night by giving Teresa and Rodney Stehn flowers. Senne said both Teresa and Rodney stay involved with the class, and the class likes to include them in their activities because Cassidy is still very much a part of the class. 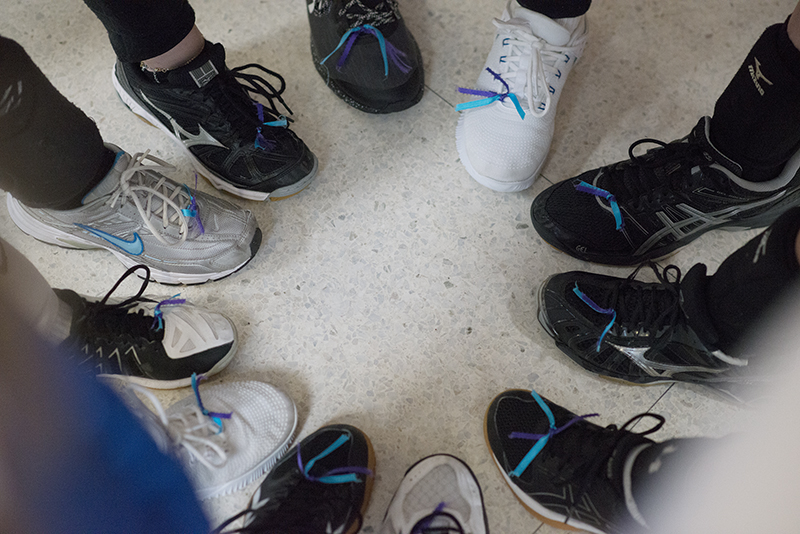 The blue and purple ribbons represent Stehn’s favorite colors. Each member of the varsity team wear the ribbons in her memory. – Tyler Julson/Albert Lea Tribune

Stiley said the Stehns both play a big role in the lives of the senior class.

“They’ve been a super big part in our lives, and they continue to be,” Stilley said. “We’re super grateful that they’ve kind of been another parent to all of us throughout high school.”

The feeling is mutual from the Stehns.

“They’re our kids, too,” Teresa Stehn said. “They’re Cassidy’s classmates, and we’ve always tried to keep in touch with them.”

Not just the seniors, but the entire varsity team wears the purple and blue ribbons, Cassidy’s favorite colors.

Senior Madelyn Berge said it means a lot to her to wear the ribbons.

“Her time was cut short,” Berge said. “Us remembering her and having her out there with us means a lot. It’s special to have her out there even though she’s not here.”

A table with a picture of Cassidy was set up at their junior prom last year, and while the plans haven’t been set yet, Stilley said the class plans to honor Cassidy in more ways throughout their senior year.

“They’re a great group of kids,” Teresa Stehn said. “They really are.”