Is that snow in the forecast? 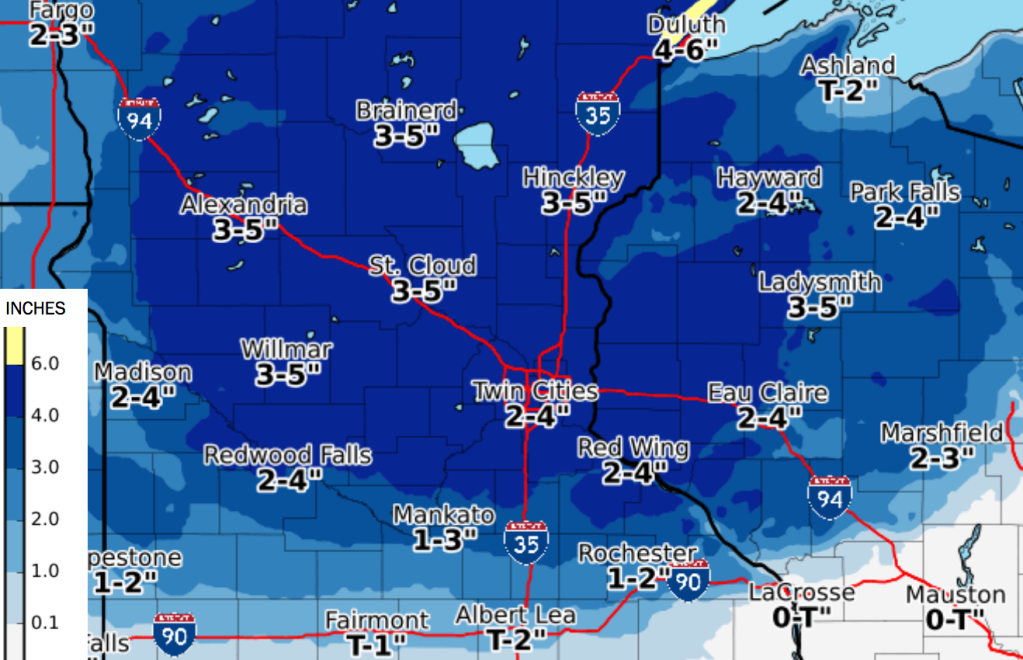 Though snow is expected to fall across most of the state on Tuesday, Albert Lea is expected to avoid major accumulation, according to the National Weather Service.

The weather agency states most locations throughout the state could see several inches on grassy and untreated surfaces, though less accumulation — 2 inches or less — is expected near the Iowa and Minnesota border, where there is higher likelihood of a rain and snow mix.

The Weather Service has issued a winter weather advisory for north of Interstate 90, including Waseca and Steele counties, where widespread snow amounts of 2 to 5 inches are possible. In these areas people should plan on slippery road conditions, potentially extending into the Tuesday evening commute. The advisory is in effect from 10 a.m. to 10 p.m. Tuesday.

Precipitation in Albert Lea is expected to start at about 9 a.m. Tuesday. It will transition to all rain later in the day.