Jean was born August 4, 1925 to Charlie and Hilma (Rubach) Main in Hartford, SD. She was united in marriage to Keith F. Aldrich on February 9, 1947 in Hartford, SD. During their 73 years of marriage, they had an adventurous life in various areas of Minnesota working, and raising 11 children. They lived in Freeborn, MN for 20 years until retirement. After retirement they settled in Southern Missouri and joined the Springfield Church of God Seventh Day and made many friends. 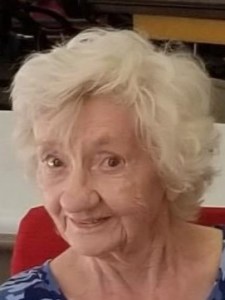 She will be remembered by all who knew her for her wit, humor, and spunk, her endless loaves of homemade bread and delicious cinnamon rolls. Her greatest achievement and joy was her family

A memorial service will be held at a later date under the direction of J.D. Lee and Sons Funeral Home, Rogersville, MO.

Online condolences may be made at jdleeandsons.com.