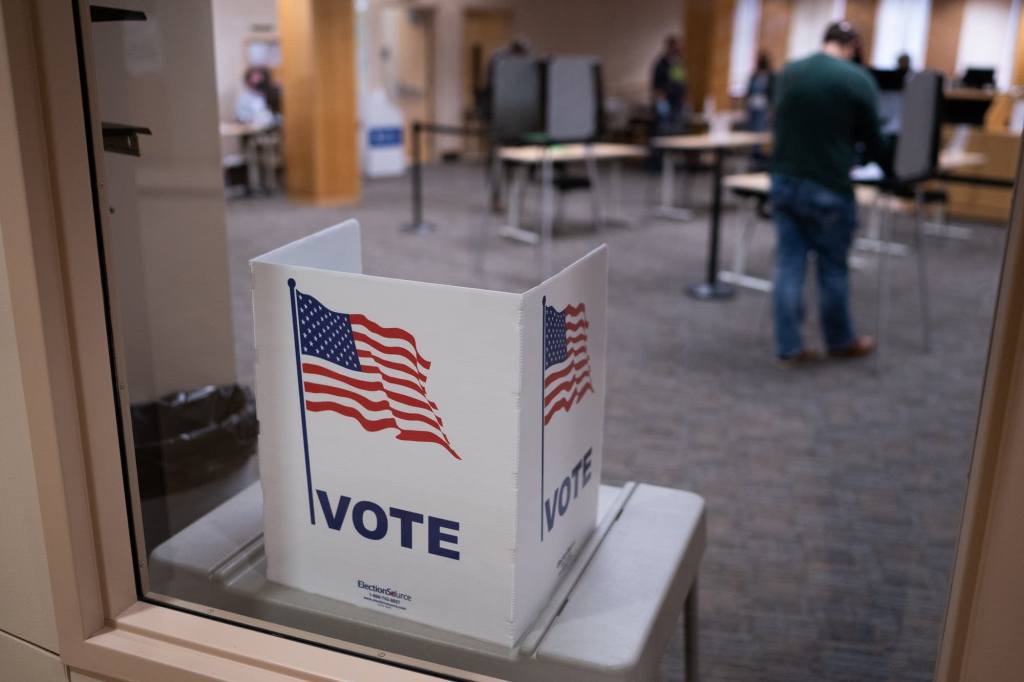 A man votes on the first day of early voting inside of the Beltrami County Community Service Center in Bemidji on Sept. 18. As of Friday, nearly 18 percent of registered Minnesota voters have already cast ballots in the November election and the number is expected to grow. Evan Frost/MPR News file

More than 635,000 Minnesotans have already voted in November’s election — with just over three weeks to go until Election Day.

That compares to a total of 676,000 Minnesotans voting early in the entire 2016 election. Minnesota is likely to cross that threshold over the next week.

On top of that, the Secretary of State’s office reports another 900,000 Minnesotans have requested absentee ballots but not yet sent them in. Some of those people won’t end up voting, and some will vote in person. But all indications are that absentee balloting in 2020 will shatter all historical records.

So far, 43.5 percent of Minnesota’s 3.5 million registered voters have requested an absentee ballot, and 17.9 percent have already voted.

Setting aside some small rural precincts where all voting is by mail, early voting tends to be highest in counties with lots of Democrats. In Hennepin and Ramsey counties, for example, nearly 25 percent of registered voters have already voted.

In contrast, some large counties where Donald Trump did well in 2016 have much lower rates of early voting. Wright County, where Trump got 68 percent of the two-party vote in 2016, has seen just 10 percent of its electorate vote so far. In Sherburne County, a 70 percent Trump county, just 5 percent of voters have voted.

Trump has regularly criticized absentee balloting this year, and evidence suggests many Republicans may have been persuaded by the president’s public skepticism.

Absentee ballots in Minnesota must be postmarked by or on Election Day, Nov. 3, and must be received by counties by Nov. 10.

The share of voters to request absentee ballots ranges all the way from 89 percent in Cook County down to 15 percent in Lincoln County.