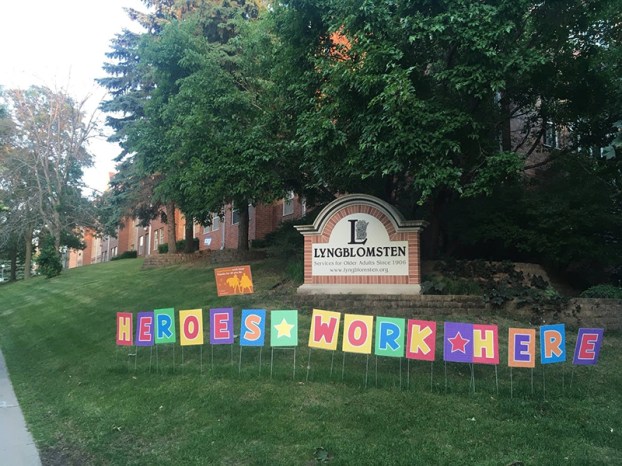 MINNEAPOLIS — Minnesota health officials rolled back rules Monday that prevented many families from visiting their loved ones in nursing homes and assisted-living facilities because of the coronavirus pandemic.

The new guidelines from the Minnesota Department of Health allow indoor visitations at most senior homes that have not had new infections in the preceding two weeks and when the infection rate in the surrounding county is no more than 10%. The state still recommends that long-term care facilities limit how many visitors a resident can have at once and the duration of indoor visits.

The new guidance significantly eased the restrictions that had been in place since March, when nursing homes and assisted-living complexes locked down and barred family visits in an attempt to protect vulnerable residents, the Star Tribune reported. Advocates for residents and their families have been clamoring for relief, noting that many elderly residents have suffered anxiety, depression and physical decline because of the social isolation.

“We are really looking to make sure that we do everything that we can to have the residents and families be able to connect with one another,” said Lindsey Krueger, director of the department’s Office of Health Facility Complaints.

But officials cautioned that rising community spread of the virus could still prevent many senior homes from opening their doors. Nearly 250 long-term care facilities have had at least one positive case of COVID-19 in the last two weeks, meaning they generally will remain barred to indoor visits. Two counties, Martin and Redwood, have infection rates of greater than 10%, so visitations in those counties will remain restricted under the new guidelines.

The department reported nearly 1,200 newly confirmed infections Monday after a weekend where confirmed case counts rose by nearly 3,000. Hospitalizations in the state are approaching record levels for the pandemic.

Kris Ehresmann, the department’s infectious disease director, said the number of confirmed cases linked with President Donald Trump’s outdoor rally in Bemidji on Sept. 18 had risen to 16, up from nine as of Friday, including four people who attended a protest. Three cases have been reported among people who attended Trump’s outdoor rally in Duluth on Sept. 30. Three people tested positive after attending a rally Sept. 24 with Vice President Mike Pence in a Minneapolis-St. Paul International airport hotel ballroom, including one who was among the Duluth rally cases. Two individual cases have been reported among people who attended Joe Biden campaign events in Duluth on Sept. 16 and Brooklyn Park on Sept. 22.

Minnesota bonding bill vote delayed to round up GOP votes

MINNEAPOLIS — Minnesota House Democrats on Monday delayed a vote on a $1.37 billion public works construction package in the... read more