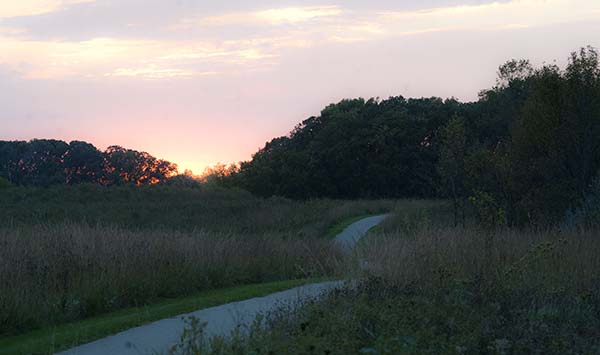 By Albert Lea Tribune and The Associated Press

The package, known as a bonding bill, was the biggest piece of unfinished business left over from the 2020 regular session, which ended in May. The Senate voted 64-3 to send the bill to Democratic Gov. Tim Walz for his signature.

Twenty-five House Republicans crossed over Wednesday night to give the Democratic majority more than the 60% supermajority the legislation needed to pass. That vote was 100-34. The bill failed to win enough House votes in two previous special sessions, when Republicans conditioned their support on an end to the emergency powers that Walz has used to fight COVID-19, a demand they ultimately dropped.

“There’s a lot of fixing up that needs to be done, there’s a lot of investment that needs to occur. And that’s what this bill does,” said GOP Sen. David Senjem of Rochester, who chairs the Senate bonding committee and helped negotiate the final bill. He said the projects will put a lot of people to work as the state tries to recover from the coronavirus pandemic.

However, several Republicans complained that the House decision to adjourn forced senators to take it or leave it, preventing them from offering amendments and sending the package back for further negotiations.

“We have no voice, and no choice,” said Sen. Carrie Ruud, of Breezy Point. “Because if we amend this bill, it’s dead. And the state of Minnesota has no bonding bill at all.”

The bill includes $1.37 billion debt that will be repaid from the state’s general fund, plus some other funding sources. It also includes a Section 179 conformity tax break for new equipment purchases that’s aimed at main street businesses and farmers, which Republicans had long sought.

District 27A Rep. Peggy Bennett, R-Albert Lea, said in a phone interview Thursday morning that she was especially happy the tax break passed, as she knows of farmers and small businesses in danger of shutting down without the legislation. Section 179 refers to a federal income tax code section that sets the expensing rules for when businesses can deduct the cost of purchasing certain equipment. Minnesota allows $25,000 of immediate expensing, while the federal and most states allow $1 million in immediate expensing. The difference resulted in farmers and small businesses being hit with retroactive state income tax increases.

“I am very happy this got passed,” said Bennett, who was one of the House Republicans who voted yes on the bill Wednesday night.

District 27 Sen. Dan Sparks, D-Austin, has been a strong advocate for the Section 179 tax conformity as well, he said in a press release Thursday.

“Finding common ground on a bonding bill that was focused on creating jobs, investing in state assets and critical infrastructure, and boosting our economic recovery from COVID-19 was a priority for my colleagues and I, and I’m happy to vote yes on this vital legislation,” Sparks said in the press release. “Passing this bill was only possible by working across the aisle to find compromise and put the needs of Minnesotans first.”

The work on Blazing Star Trail would include construction of two embankments, a 100-foot pedestrian bridge over Albert Lea Lake and associated trail work. The trail has been in the works since 1996 when it was authorized by the Legislature.

“I know folks in Hayward are excited to see that coming,” Sparks said in a phone interview Friday morning.

The flood mitigation funding would go toward raising East Main Street — which is also known as U.S. Highway 65 — above flood levels or installing large storm water pumps to keep flood levels lower than the roadway when the highway is slated for a mill and overlay in 2021.

The flooding on the street, a state road, has been a problem each spring when snow is melting and when there is heavy rainfall. It has led to closures as long as about two weeks, which hinders not only local traffic, but other business traffic as well.

Austin’s wastewater treatment plant has been in need of upgrades as a result of regulation changes passed by the Minnesota Pollution Control Agency, which largely target discharge from the plant, especially phosphorus reduction.

Sparks said that while he understands the regulations, they have put the Austin plant in a near impossible position, as he said it would cost roughly $80 million total to make all the changes.

“If the state’s going to require it, then the state should help pay for it,” Sparks said.

Continued dredging for Fountain Lake in Albert Lea had initially been proposed in previous sessions, but the funding for dredging was not included in Thursday’s bill. Bennett said she was not surprised, as the dredging funding would’ve accounted for $7 million.

“That was a hard one because it was the most expensive,” she said. “… I wish it could’ve (been included), but as a legislator I understand we can’t get everything.”

Bennett said she believes the dredging funding is something that could be addressed with a smaller bonding bill next year.

Sparks said there were other parts of the bill that would likely have an effect on Freeborn and Mower counties, including a township road program and a business development and infrastructure program. He also said it will benefit a poultry-centered regenerative ag system out of Northfield in potentially expanding its operations into Albert Lea and Freeborn County.

The omnibus bill also set up public facilities authority grants, which Bennett said she was happy about. She said the Stables area had received a PFA grant years ago, and that the grants help smaller communities upgrade water and sewer systems.

“In the end, it is a good bill, and to have local projects included makes me happy,” Bennett said. “… There were other things I didn’t agree with, but that’s the give and take of negotiating.”

“This bonding bill will touch every Minnesotan in our great state,” said Sen. Sandy Pappas of St. Paul, the lead Democrat on the bonding committee. “The emphasis has been on asset preservation, on public health and safety — very important in these COVID days — on preserving and expanding essential infrastructure, preserving and enhancing our great outdoors.”

The bill now goes to the governor, who was expected to sign the legislation into law, according to Sparks’ press release Thursday afternoon.

“This bonding bill is a smart investment that will create thousands of good-paying jobs, deliver improvements to local projects throughout Minnesota, and make our state a better place to live,” Walz said in a Thursday press release. “It’s been a long journey. By finally coming together and working across the aisle, Minnesota proved once again that if Washington won’t lead — we will.”