NRHEG comes back to best USC after trailing 2-1 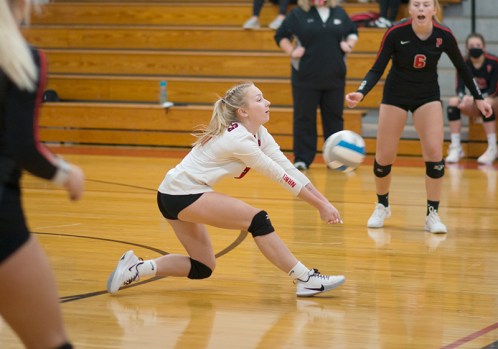 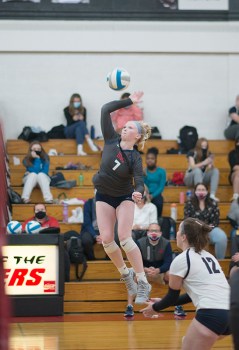 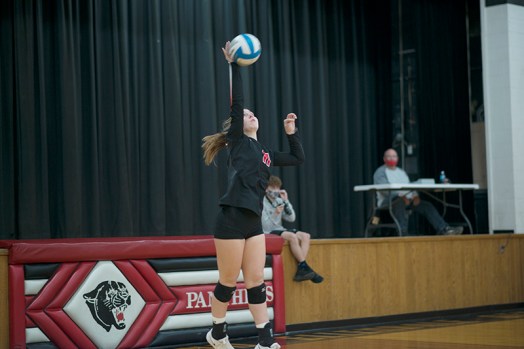 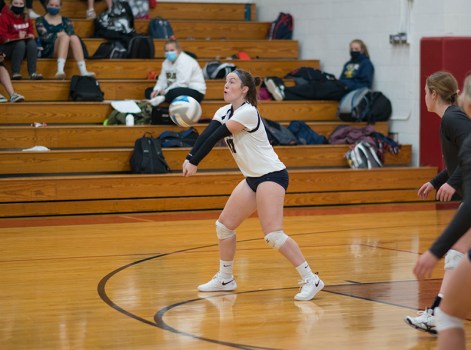 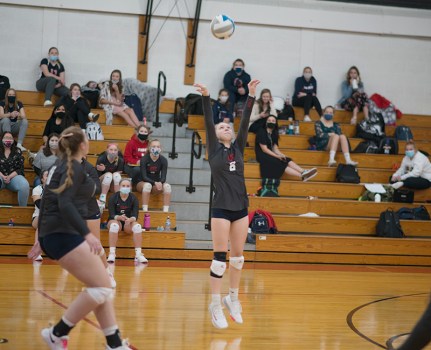 Junior Sam Swanson sets up a teammate with one of her 37 assists Thursday night. - Tyler Julson/Albert Lea Tribune

With the Panthers searching for their first win and the Rebels trying to find their footing after a long absence from play, both teams went back and forth before the Panthers emerged victorious after five sets, 3-2.

All sets were decided by seven points or less with the third and fourth sets being won by two points each.

The Panthers took the first set relatively easily in the least competitive set of the night, 25-18.

The Rebels fought back in the second set, however, going on a long run to open the set and sustaining that play through the end and winning 25-20.

The third set was when play started to get tighter and the two teams battled to the highest scoring total of the night. United South Central came out on top once again, 28-26.

Down two sets to one, the Panthers needed to win two in a row to find their first win. The fourth set was just as close as the third with both the Panthers and Rebels trading the lead late. However, it was the Panthers that stole the close victory this time around, 26-24.

The Rebels got out to a slow start in the final set as the Panthers gained momentum early and never looked back, winning the decisive fifth set 15-9.

The Panthers were led by senior Kendall Johnson who totaled 11 kills, 12 digs, two blocks and one ace. Senior Grace Tufte had an astounding 29 assists and nine digs, while freshman Hallie Schultz had 14 assists, five digs and one ace.

“Fun to see the girls battle hard all night,” said NRHEG head coach Onika Peterson. “They never once got down. They stayed positive and competed for every single point. The girls were aggressive at the net and our setters did a great job mixing it up and had a lot of different girls contributing.”

The Panthers move to 1-6 on the season and will be back on the court Monday when they travel to Blooming Prairie.

The Rebels were led by senior Josie Schumann with 24 kills, 16 digs, five blocks and one ace. Junior Sam Swanson had a match-leading 37 assists, while also recording six kills, five digs, one block and one ace.

“Our slow start in four of the five sets and serving woes really cost us an opportunity for a W tonight so those are areas we need to focus on in practice in the next week to try and turn the corner,” said United South Central head coach Joe Kuechenmeister. “We’ve been right there in the last two matches, it just hurts not to take the final step. We’ll get there, we’ve just gotta keep working.”

The Rebels move to 1-2 this season and take on WEM Thursday.