Patrick “Sweet P” Joseph Sweet, a Police Officer and school bus driver, died on September 29, 2020 at the age of 78 at his home in Clarks Grove, MN. 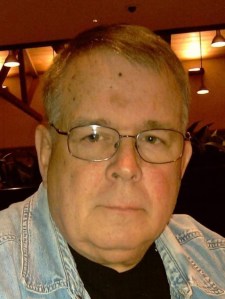 Patrick was born in Flint, MI, on January 29, 1942, the only child of Thomas Sweet and Bernadine Frechette. He graduated from Flint Southwestern High School and soon after began his 20+ year career as a Police Officer for the City of Flint. There he met his first wife, Sandra Sweet, whom he was married to for 25 years. They had two wonderful children together, Kelly and Debbie. Patrick also attended Michigan State University where he graduated with his Bachelor of Science in 1974 and his Masters of Science in 1987. He later moved to Minnesota where he met his current wife, Barbara Sweet, and the two were married in 1999. They moved to Clarks Grove, MN, and Patrick worked as a school bus driver for the Albert Lea Bus Company for almost 20 years, and where he lived out the rest of his life.

Patrick had many hobbies including: bowling, golfing, pickleball, bingo, assembling jigsaw puzzles, and playing cribbage. He was a lifelong Michigan State Spartans fan. Most importantly, Patrick loved going to church. Later in life, he became a member of Abundant Life United in Albert Lea and eventually was baptized; his most cherished moment at Abundant Life. Patrick made many friends throughout his life and developed unbreakable bonds with many people. He will be deeply missed by his family, friends, and all who knew him.

Patrick is survived by his wife, Barbara Sweet; his first wife and mother of his children, Sandy Cranston; his two daughters, Kelly (Ernie) Dennison and Debbie (Harvey) Sweet-Walters; his 4 grandchildren, Brittany (Eddy) Cassidy; Nicholas Dennision; Baylee Walters; and Rylee Walters; his 2 great-grandchildren; and many step-children and grandchildren.

No services are to be held.