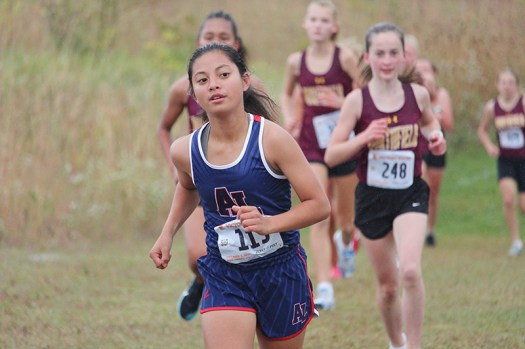 Sophomore Jai Maligaya finished in eighth place Thursday at the final Albert Lea home meet. Maligaya was the best finisher for the girls' team with a time of 22:57.3. - Alissa Sauer/For the Albert Lea Tribune 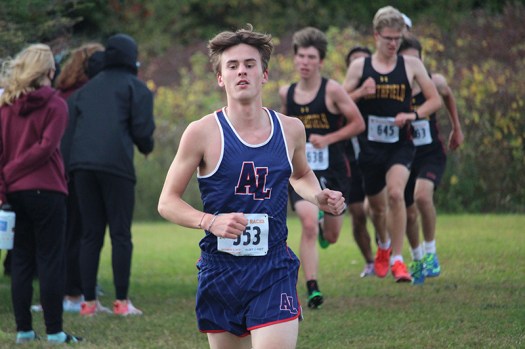 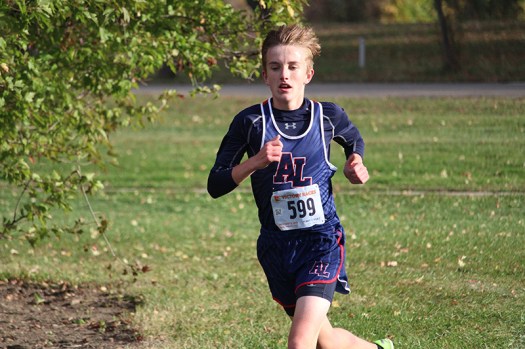 Sophomore Gavin Hanke was the top finisher for the boys' team, coming in second place with a time of 17:38.7. Alissa Sauer/For the Albert Lea Tribune

While both the boys’ and girls’ teams came up on the losing end to the Raiders, coaching staff was pleased with the improvements shown by all runners.

In the boys’ race, sophomore Gavin Hanke was the top finisher and earned him the title of head coach Jim Haney’s star runner. Hanke finished as the runner up in the race with a time of 17:38.7.

“Gavin Hanke had a very impressive race,” Haney said. “The coaching staff was so proud of his effort. He ran in the front of the pack the whole race and he continues to be a very impressive runner each week. He has accepted the challenge of running with the top runners in the Big Nine and he has proved to the competition that he will be a factor during the Big Nine and section meets coming up in the next two weeks.

“Aaron Bauers had his best race of the season and Logan Barr had an impressive effort to pace the Tigers as we had 3 runners in the top five. We are looking for our best effort of the season next week which is the Big Nine.”

In the girls’ race, sophomore Jai Maligaya was once again the Tigers’ top finisher, coming in eighth place with a time of 22:57.3.

First-time varsity runner seventh grader Hanna Austinson was the second best finisher for Albert Lea, coming in ninth place with a time of 23:34.6.

“The girls ran into a very strong Northfield team,” Haney said. “Jai Maligaya has had a great season and paced the tigers. She has been our No. 1 runner from day one. She continues to improve every week. She has been a warrior for the team as she has put forth top effort in meets and in practice.

“The coaching staff was also impressed by the effort of Hanna Austinson.  She had a great race for her first varsity competition.  She went out and attacked the course. She learned a great deal in her first varsity race and she proved that she is a very strong runner.”

The Tigers will be back in action Thursday when they travel to Owatonna for the Big Nine Conference meet.