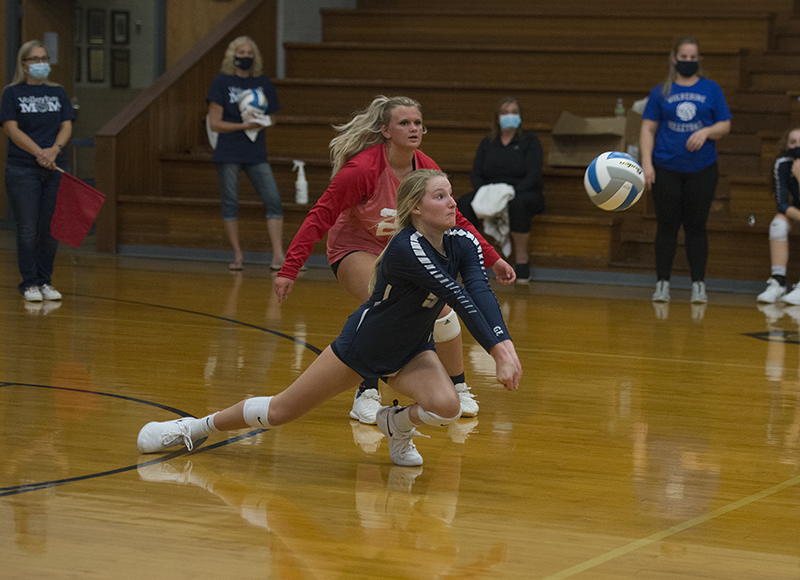 GLENVILLE — The Glenville-Emmons volleyball team hosted Spring Grove Thursday night to open up the season after a long wait.

Despite a strong showing in the opening set, the Wolverines struggled to keep any of that momentum, falling to the Lions in straight sets, 25-17, 25-12, 25-10.

It was a true back-and-forth affair to kick off the first set, as the Wolverines and Lions traded the lead multiple times before the Lions pulled ahead by three points at 14-11. The Wolverines stayed close behind the Lions but were never able to catch back up, dropping the first set 25-17.

The Wolverines lost their way in the third set, letting the Lions open a commanding 15-8 lead. The Lions took little time in putting the Wolverines away, finishing the set 25-10.

The Wolverines fall to 0-1 to start the season and will be back on the court Monday when they take on the 1-0 Burros of Lanesboro.