A new leader at the helm 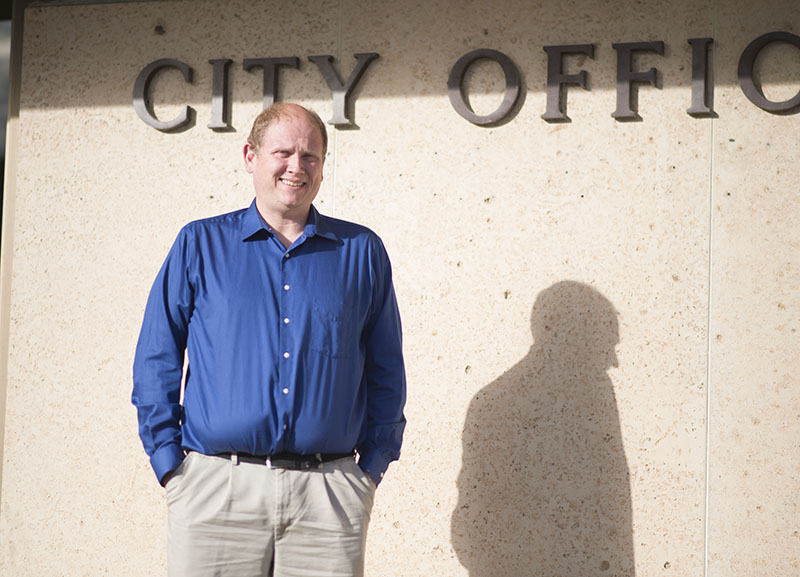 In his third week as Albert Lea’s new city manager, Ian Rigg is busy getting to know the ins and outs of the city.

In the middle of the COVID-19 pandemic, Rigg definitely has his hands full — with everything from familiarizing himself with daily city operations to attending meetings about business relief, next year’s budget and city adjustments to the pandemic.

“I’m excited to be here and look forward to working with members of the community,” he said.

Rigg fills a seat opened at the end of May after former City Manager David Todd resigned for personal reasons.

He said he decided to apply for the Albert Lea position after seeing the advertisement and doing a little research.

“I felt like it was a community with a lot of potential and had a lot to offer me as well professionally,” he said.

He and his family — his wife, Amber, and two of his three children — will live in the community, along with a friend. He said they have found a house and will soon be going through the closing process.

Thus far, he said, he has been impressed with how much the city has to offer and its potential for redevelopment.

“There’s already been a lot of effort and investments in the community that I’ve seen,” he said.

He said he has also been impressed with how professional and committed city staff are to the community.

He has been going through next year’s city budget with department heads and a few members of the City Council, looking at what can be cut, considering not only what the city has spent money on in the past, but also how COVID-19 and changes in state aid might affect the city.

“Staff have been working very hard, very diligently to bring those numbers down,” Rigg said.

The city will not fill the assistant city manager position for the majority of 2021 as the position is evaluated, and he and staff are looking at a few other positions, as well. He said he wants to review in further detail how the city is organized and look for efficiencies.

The city also has a number of big projects coming up, including some redevelopment, along with projects at the city’s wastewater treatment plant.

“There’s a lot going on at a very high level,” he said. “I’m hoping to provide a lot of good service to the community, especially when we open back up.”

Though many of his speaking engagements have been canceled out in the community for the coming weeks because of COVID-19, he said he looks forward to meeting members of the community on a larger scale in the future.

He is excited to get some projects off the ground, make sure services are working well and that things are being done right.