Across the Pastor’s Desk: End of church year approaching

Many churches with the Christian community are preparing for the end of another church year and the beginning of a new one. As the year ends, readings appointed for Sunday use take on a tone of the end times with the anticipation of the second appearing of the Promised One.

Such lessons seem very dark, as they talk about what the coming Day of the Lord might be like. Such images have long caught the imagination of God’s children throughout the ages. In each generation there have been those, often many, who believe they have a new understanding and appreciation of those last days and even suggest they know when that day will be. Despite the excitement such claims may make, they are not authentic, to say the least. 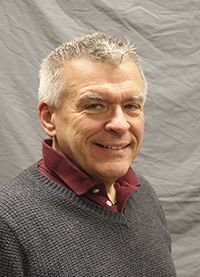 One thing these lessons makes clear is that no one, and they mean no one other than God, knows the day or the hour of the Lord’s reappearing.

The Apostle Paul, using the language of traditions with which he was familiar, suggests the reappearing will be sudden and unexpected like a thief in the night. All the apostle says that we can be sure of is that Christ will appear again and that God’s people should live in the joy of that promise. Believers are called to live each day in preparation of the Lord’s day.

Another thing to be noted as the church year comes to a close is that the language and stories of the end times are not written so much to tell about the end as they are written to encourage faithful life in the present — the here and now. Assured of the promised reappearing, the followers are to live into the joy of that promised day even now. Fear and darkness are no more. God’s children are to be bearers of the message of promise, grace and forgiveness for the sake of the whole world.

Instead of wasting time discerning what is not to be discerned regarding days and hours, God’s children are instead encouraged to live fruitful, faithful lives that glorify God and no one or nothing else.

The church year comes to an end and the lessons are words of assurance and promise to strengthen and sustain God’s children in the faithful execution of the precious mission to good news that has been entrusted to them. That alone gives plenty to fill the days while God’s people actively wait.

Robin Gudal: What are you thankful for this year?

EN(dur)ANCE by Robin Gudal   What are you thankful for this season? Some may have a more difficult time answering... read more