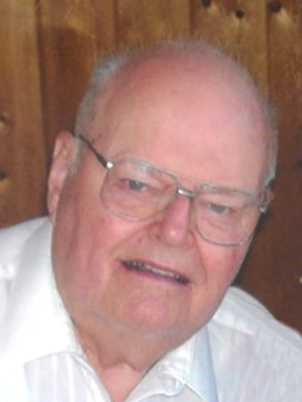 Due to COVID-19, a private family service will be held.

Memorials will be given to the Lake Mills Care Center Entertainment Fund.

Cyrus was born January 17, 1931 in Gibbon, Minnesota to Clarence and Hulda (Swenson) Olson. He was baptized and confirmed at Clear Lake Lutheran Church in rural Gibbon. He grew up in the Gibbon community graduating from Gibbon High School in 1948. He attended Mankato Business School and went to work for Phillips Petroleum.

On August 16, 1952 he was married to Vivian Helgeland. Cyrus served in the medical corps in the U.S. Army from 1952-1954 at Fort Leonard Wood, Missouri where Vivian served as a civilian RN.

After their service in the Army, Cyrus and Vivian moved to Albert Lea where he was employed at Wilson/Farmstead Foods for 32 years.

His lifelong goal was to return to farming which he did in 1974. He and Vivian purchased farm land in Albert Lea. He was active in the congregations he was a part of and faithfully taught Sunday school for decades, attended Bible studies and sang in the choir. For many years he and Vivian were active in Truckstop Ministries and supported Youth for Christ. He enjoyed their card club and played the accordion all his life, having learned to play as a child traveling to New Ulm for lessons. He loved farming, fishing, deer hunting, traveling south in the winter and camping with his family at Cass Lake. He was a loving husband, dad, grandpa, great-grandpa and great-great grandpa.

He was preceded in death by his wife Vivian, his parents, infant brother Clarence Olson, sister LeNore Anderson, and brother Gordon Olson.

Thank you to the staff at Lake Mills Care Center for their care and support.

You can contact the family with on-line condolences at: www.schottfuneralhomes.com   641-592-0221