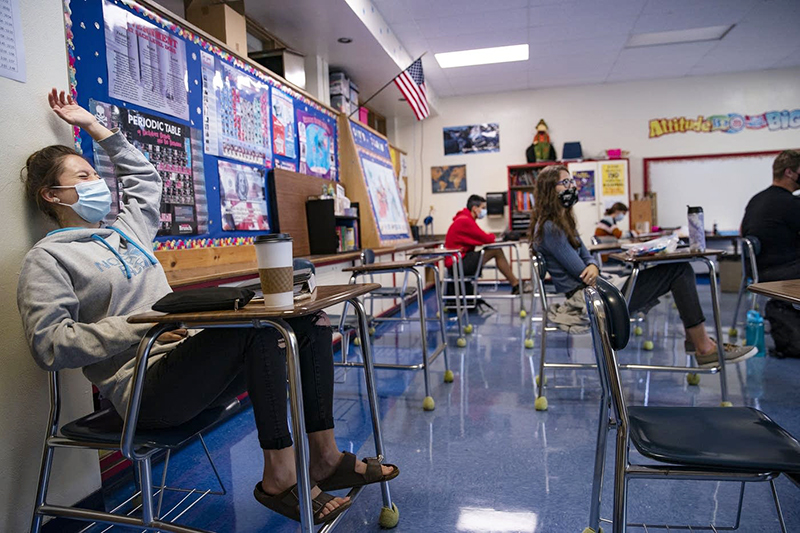 Minnesota voters last week signed off on just half of school districts’ requests for getting more money into classrooms, marking the lowest approval rate for operating levies in over two decades.

Out of the 34 districts that had put the question to voters, only 17 requests passed in this week’s election. That’s the lowest approval rate since 1996. The vast majority of approvals — 13 out of 17 — were renewals.

Greg Abbott, communications director for the Minnesota School Boards Association, said it’s tough for districts to raise awareness on funding requests during most presidential years — and it was “doubly difficult in a pandemic because of all the early voting,” he said.

“You really needed to get the message out by Sept. 18 when the absentee ballots opened up,” he said. “There was record amounts of early voting that they might not have even known what the operating levy was for.”

According to Abbott, the referendum failures put schools — already strapped in the pandemic — in an even more difficult position.

“I think it’s going to be tough. We need the feds to step up and have some relief for schools in a coronavirus bill or something that helps schools pay for all these costs they’re asking schools to take on,” Abbott said. “The state is not really in a good position to increase funding because there’s a deficit. I think schools are not expecting help from the state, so we’re hoping to get help from the feds.”

Jess Garcia, a 34-year old gay Latina clinical psychologist running for the first time for a seat on Rochester Public Schools’ board, was elected this week.

Garcia said representation on the board has not traditionally reflected the city’s changing demographics. She will be the only woman of color on the school board.

“I did hear a lot from some marginalized communities while I was running, a lot of them telling me they’ve tried to make their voice heard, but it wasn’t listened to,” Garcia said Friday.

But there are still parts of the state where school boards will have to hold special elections, whether because of early retirements or because not enough candidates stepped forward to put their names on ballots.

“The way that the law is now, you have to appoint until a special election next year that the district has to pay for. And that has been anywhere from $5,000 to $20,000 for those elections. And that comes out of the classroom at a time when money in the classroom is really tight,” Abbott said.