Albert Lea first responders are again implementing stricter safety precautions amongst their own staff as they begin to feel the effects of increased COVID-19 cases in the community.

Thus far, three police officers on one of the evening shifts have tested positive, and they are waiting for test results for two more officers that they speculate could have been tied to a large house party they responded to. With two more positions he is trying to fill and one person on light duty, the department is “extremely thin,” he said. 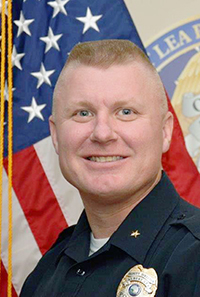 Carlson said earlier in the spring during the shutdown, the departments had implemented COVID safety plans, but as spring and summer progressed with fewer cases in the county, those plans loosened a bit. Because of increased cases in the county in recent weeks, however, those precautions are again being fully implemented.

“Police and fire can’t shut down like you’re seeing other businesses …” he said. “We can’t just say we’re not going to come into work.”

The police department is utilizing what he described as platoon staffing in the night shifts, where officers work with the same three or four officers each time they are on duty.

While the fire department has been used to working 24-hour shifts even before the pandemic, he said it is especially helpful now to avoid cross contamination amongst the different shifts. To reduce the chance for cross-contamination among the full-time firefighters, the department has also put meetings, ride-alongs and even use of the gym at the station on hold for part-time, paid on-call firefighters, and is not hosting training events or tours at the station.

For medical calls, ambulance crews and firefighters will respond, and though police may also be dispatched, they will not directly engage unless absolutely necessary, he said.

Carlson said in the spring the departments put a hold on not allowing vacations, and they are now reviewing requests for leave closer to the dates being requested.

He said he hopes the governor’s latest executive order requiring bars and restaurants to close at 10 p.m. will help their call load, though he questions whether people will just leave those establishments and instead go to someone’s house instead.

With Thanksgiving fast approaching, he is also worried about the night before Thanksgiving, which is typically a busy time for officers as college students return home and often go out with their friends.

Moving forward, he asked residents for their patience.

“We’ve prided ourselves on our relationship building with the community,” he said. “We recognize it’s tough on the citizens, but it’s equally as tough on our officers.”

Ideally, officers want to get out and respond to every call in-person, but now because of COVID, if an officer can handle a call over the phone, that is the preferred method, though if necessary, officers will respond in-person.

He advised residents to still contact them with concerns, though because of staffing levels, the response might sometimes take longer.