The U.S. Supreme Court was expected to hear oral arguments on California v. Texas on Tuesday. This is the lawsuit about whether or not the Affordable Care Act is constitutional. The issue before the court is narrow; it’s about the tax penalty for not having insurance being reduced to zero, thus potentially impacting a previous decision about the ACA, but the ramifications are broad. 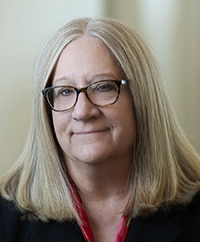 First is not allowing denial of health insurance because of a pre-existing condition. Prior to the ACA, if you had depression, anxiety, schizophrenia or other mental illnesses, you would find it difficult to obtain insurance. If you did obtain insurance, there would often be rider excluding coverage for the treatment of your mental illness. While Minnesota had a high-risk pool, it was expensive.

The third area was ensuring that young people — ages 18 to 26 — had easier access to health insurance by allowing them to stay on their parents’ plan until age 26. While 50% of all mental illnesses emerge by age 14, the most serious mental illnesses, such as schizophrenia, tend to emerge in early adulthood. Prior to the ACA this was the age group that had the highest uninsured rate. We want these young people to be able to access care so that the illness doesn’t become disabling.

Lastly, expanding Medicaid to people with low incomes without a disability has resulted in easier access to treatment and also in our mental health providers and hospitals receiving payments for treatment. The percentage of people who are uninsured is now lower. Prior to Medicaid expansion, if people needed mental health treatment covered under Medicaid, they would have to prove they were disabled and couldn’t engage in gainful employment. It was disheartening to young people to have to say they couldn’t work in order to get the treatment that could help them get back to work. We see in the data that many people go on and off Medicaid expansion, demonstrating that having health insurance cover needed treatment can result in people working.

No one would say that the ACA is perfect, but neither is Medicare or Medicaid, and they have been around a lot longer. Losing the ACA will have a huge negative impact on the one in five people who live with a mental illness. Early identification and access to treatment — treatment that is covered by health insurance — is about fairness. It is important people know what is at stake as the U.S. Supreme Court hears arguments and deliberates.

Sue Abderholden is executive director of National Alliance on Mental Illness Minnesota, a nonprofit organization that works to improve the lives of children and adults with mental illnesses and their families through its programs of education, support and advocacy. For more information, go to namimn.org or call 651-645-2948.

Ask a Trooper by Troy Christianson   Question: How do you determine if your tires are unsafe for winter driving?... read more