‘I worry about these things’ 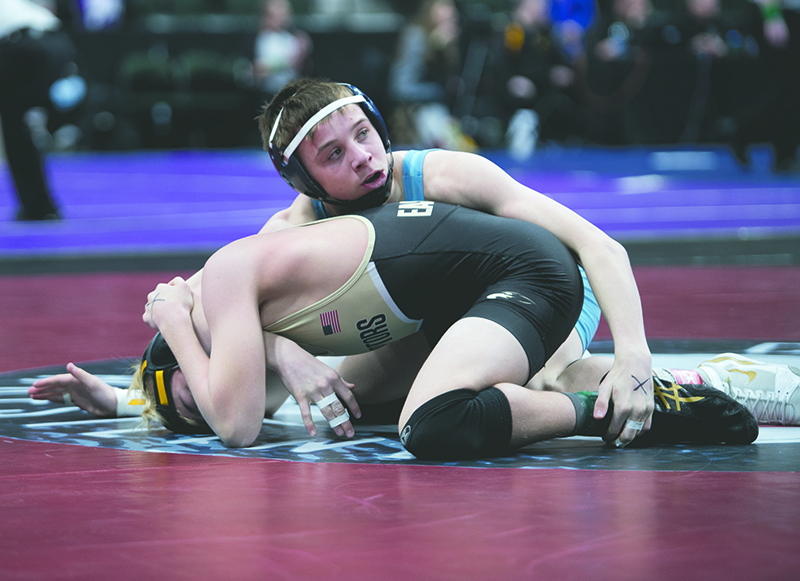 Editor’s note: This is the second in a two-part series examining the increased fees assessed by the MSHSL and the reaction from local schools.

By Tyler Julson and Rocky Hulne

When Troy Gilbert decided to run for the Grand Meadow school board this year, it had everything to do with how the COVID-19 pandemic has been handled by the state of Minnesota and the Minnesota State High School League. Gilbert won a seat on the board and said he has found more questions than answers as to why small schools are being hit with a stack of COVID-19 fees from the MSHSL, while having to watch their seasons get cut short.

Gilbert has put a lot of research into the matter and what he has deciphered is a league that pumps out some salaries that exceed $100,000 to its executives, but can’t cover its costs as it has put a large burden on smaller schools to cover the gap in its budget due to not having spring or fall state tournaments.

“The veil of secrecy of what goes on (in) the state high school league is what makes it confusing. Just to find out what the salary of some of the executives (is) is very difficult,” Gilbert said. “I understand how much pull the metro area has and they’re a much more populated area, but this is supposed to be a member group and it seems to me the members don’t get much say. When you just get a letter sent to you with a fee, that’s frustrating.”

Erich Martens, the executive director of the MSHSL, said in the likelihood the league isn’t able to host the state tournaments for many of its offerings, it’s going to result in a large loss of the league’s annual revenue.

“The COVID pandemic that’s resulted in the inability to have full scale state tournaments with big crowds and broadcasts and sponsorships in the way that we typically have, means that better than 80% of our typical revenues in a year are likely not to exist,” Martens said. “In moving forward with the programming that is typically part of the state high school league, it was important to identify ways to create that revenue and that comes back to our member schools who support the league.”

Over the summer, the MSHSL organized a financial task force to come in and take a look at what the budget included and make significant reductions in the budget relative to how it would normally look. The task force was also put in charge of how the new membership fees would be split up between schools.

“The model that was selected by the finance task force and then approved by the board is one that included basically a four-class system,” Martens said. “…It’s built off the size of the school and a responsibility there by all member schools to make up the loss of revenue based on our tournaments.”

The MSHSL holds its state tournaments in multiple metro-centric locations. State cross country is held in Northfield, but every other state finals — and many of the quarterfinals and semifinals — are in the Twin Cities, where the price of a venue can be expensive.

Some of the smaller schools in the league expressed concern in the new fees, saying smaller schools were paying a much higher per student rate than many of the schools with larger enrollments.

Martens said the task force looked at multiple ways the new fees could be assessed, including a per school, per activity and a per student basis. Ultimately it was decided all member schools would be divided into a tier system based on the number of students enrolled and billed based on those classes.

“Quite frankly, with the MSHSL, and even before COVID, there’s too many politics going on. There seems to be an intimidation factor from the State High School League that makes people scared to speak out,” Gilbert said. “Mandating fees without input is not the way to go about things.”

In the event that a school expresses they will be unable to pay the funds because it would put them in a financial hardship, Martens said the league will work with those schools to see how it impacts them and try to develop a plan. 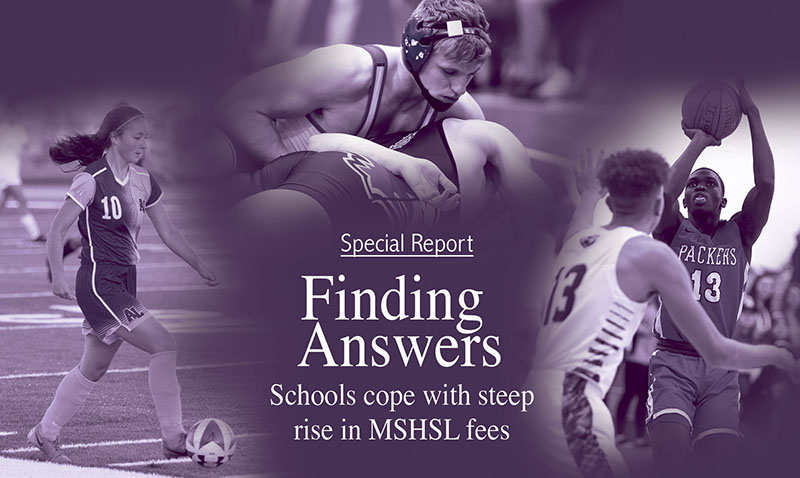 “No one is in favor of higher fees, we recognize that,” Martens said. “That’s not easy for any school. Yet without question there continues to be a strong appetite for every one of our activities. Working with our board and with member schools, there has not been anyone who has said we should start cutting sports or activities from the state high school league.

“We want to continue to have those. We want to have them in our schools and so the league continues to work to provide every one of them to the greatest possible extent that we can, keeping safety as a primary consideration.”

Gilbert has two children in high school — a son who wrestles and plays football and a daughter who is involved in music and drama. He doesn’t want to see either of them miss out on opportunities and he knows his son won’t miss out on wrestling. Before football was reinstated, Gilbert’s son was wrestling with his club team in Stewartville and he could go back to that team if the MSHSL decides to cancel wrestling season this winter.

The MSHSL is currently planning to hold all winter sports, including wrestling, but there is always a chance that things change. If that happens, club teams will likely seize the opportunity and organize their own schedules.

“If the state high school league doesn’t provide these activities, a lot of these kids are going to find them,” said Gilbert, who has coached youth wrestling for his whole life.

Joe Ludemann of Grand Meadow has sons in high school who wrestle and play football. After the Superlarks football team and the Grand Meadow/LeRoy-Ostrander/Kingsland Bulldogs wrestling team each went to state in 2019, it’s a little tough for them to accept that there will be no state football tournament in the fall, especially with the increased rates.

Martens said the fees will go toward keeping the league operating in its normal duties, which also includes the added responsibility of developing new COVID guidelines and protocols.

“Looking to the future, I believe that we’re going to continue to have schools and individuals that want to see all of these activities continue forward,” Martens said. “We’re hopeful that we can return to state tournaments soon and that in addition were able to start returning to larger venues with a greater number of spectators, but we know that as we sit here right now, this is still going to take some time for us to work our way through the COVID pandemic and get back to the kinds of tournaments that not only cover their own cost but also created additional revenue that helped support many of the programs and many expenses of the league.”

There is currently a petition for a special meeting for members of the MSHSL. A meeting like that has only happened twice and not since the 1980s. The petition needs 50 member signatures and currently has around 25, according to Gilbert.

The goal of the meeting would be to explore if the MSHSL has responded consistently with its laws and answer questions about why tournaments aren’t being held and why the COVID-19 fee was installed.

Gilbert wants more questions answered and he wants the MSHSL, and the state in general, to keep the mental health of students in mind.

“I wish that we would spend more time talking about the well being of our students,” Gilbert said. “I understand COVID is serious, but we have not discussed the ramifications down the line for these kids. As a father of two teenagers, I worry about these things. My kids do not want to go back to distance learning. It is hard to be in front of a monitor day after day without any interaction. It’s not healthy for them.”