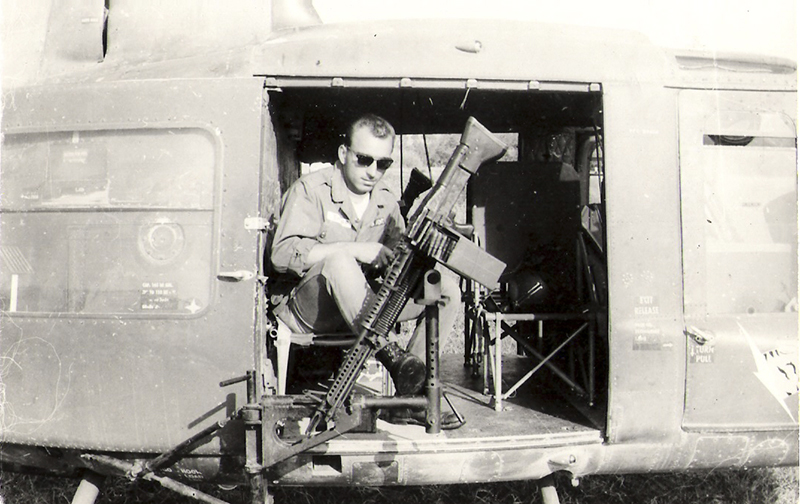 Bob Sharp served in the United States Army from 1963 to 1966, and was a Huey helicopter crew chief and door gunner during his time in Vietnam. - Provided

Man who served in Vietnam continues to advocate for veterans

One local man is doing what he can to help his fellow veterans.

Robert “Bob” Sharp, now 76, served in the United States Army from 1963 to 1966 in the aviation branch. He was sent to Vietnam in 1964, where he was a Huey helicopter crew chief and door gunner. He flew hundreds of missions hauling just about everything, he said. They flew in soldiers — Vietnamese and American — as well as food and other supplies, and had instances where they had to transport dead bodies. Sharp said he spent thousands of hours in the air, and that his helicopter was only shot down once — and it took 17 bullets to bring it down.

“I was lucky enough to survive that,” he said. “It was quite an experience.”

He said he didn’t like how some politicians at the time had people thinking the war was wrong. Sharp said he saw nothing but people in need of freedom who needed help achieving it while he was in Vietnam.

“If you weren’t there, you can’t make a judgment like that,” he said.

Sharp returned to the U.S. in fall 1965, where he then served at Wold-Chamberlain Field in the Minneapolis-St. Paul area. Part of his duties then were to resupply missile sites, as he said there were missiles guarding every major city then. It was also his responsibility to assist then-Vice President Hubert Humphrey by flying him around in a helicopter any time he visited Minnesota.

Sharp was an enlistee, as he said enlistees have more of a choice in what their duties are while serving.

“I wanted to be an aviation mechanic,” he said. “I was mechanically inclined and loved fixing things.”

Even more, Sharp said he wanted to be in the air. 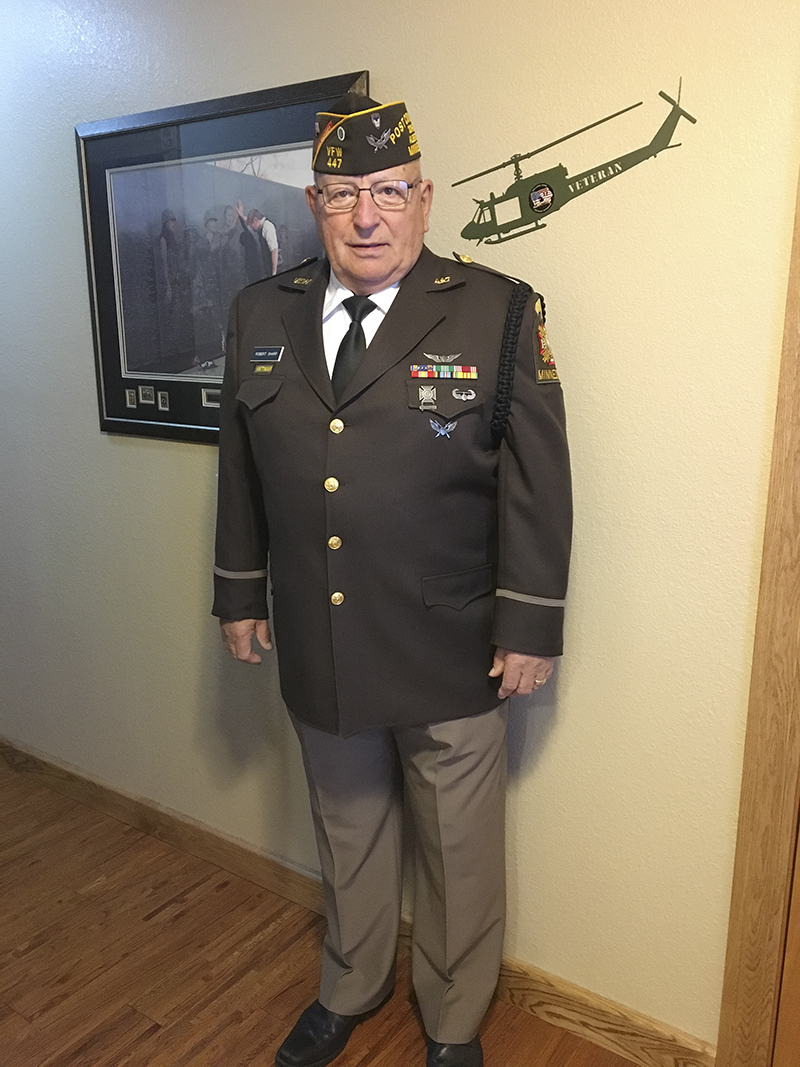 Sharp is the commander of Veterans of Foreign Wars Post 447 and Disabled Veterans of America Chapter 16. – Provided

When his enlistment was up in 1966 Sharp left the service. He said he would’ve stayed, but had a wife and baby to return to back home.

Once back in civilian life, Sharp was a family man and worked construction. Later on after 44 years of marriage, his wife died of cancer.

Originally from Sleepy Eye, Sharp was later introduced to Gloria, a sister of a friend and fellow veteran. The two hit it off, and were eventually married, bringing Sharp to Albert Lea.

“The last 10 years I’ve lived in Albert Lea have been the best in my life,” he said. “I’ve got the best wife and the best life.”

Sharp was named the commander of Veterans of Foreign Wars Post 447 in Albert Lea a few years ago, and is part of the VFW’s honor guard. This last year he was named commander of Disabled Veterans of America Chapter 16 in Albert Lea as well. He is also involved with both the Eagles and Moose clubs, and he and his wife raise mules that they then take out west and to the Black Hills to ride.

Sharp has been busy getting DAV donation bins out around town. The bins collect different household items which are then sold to secondhand shops. The profits go back into the community in the form of scholarships as well as purchasing motorized wheelchairs, walkers or other medical equipment for veterans locally. The bins have kept the organization busy, and thanks to volunteers and a lot of hard work, Sharp said they raised $18,000 over six months at one point.

Sharp said the local veterans community suffered a blow last month with the passing of Jose “Joe” Avelar. Sharp said Avelar — a decorated Vietnam War combat veteran who served multiple tours of duty and was wounded multiple times — was very active in both the VFW and DAV. 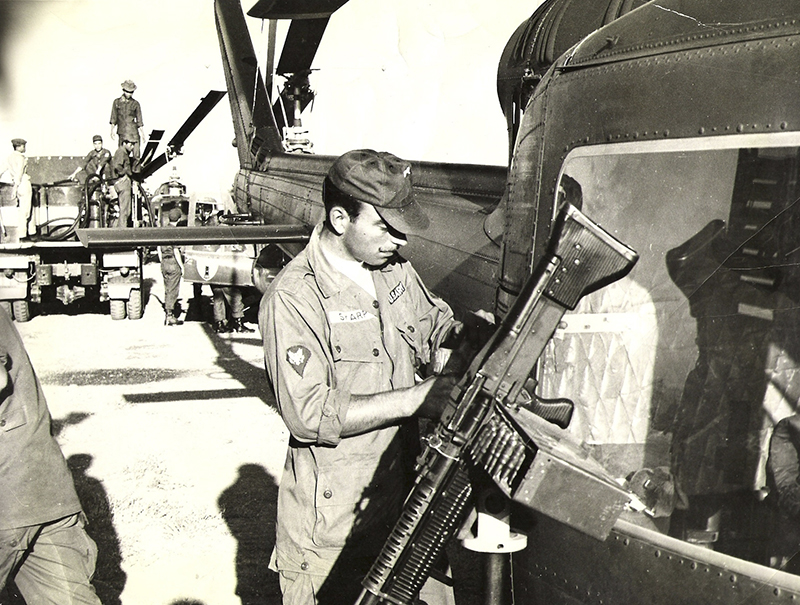 Bob Sharp refuels and rearms during his time serving in Vietnam in 1964. – Provided