Janis Lynn Pasmore passed away November 12th at St. Mary’s Hospital in Rochester, MN. Although sudden, her passing was peaceful with her daughters at her side. She was 72 years old.

She was born on February 21, 1948 in Chicago, Illinois to Donald and Ruth (Ford) Pasmore. She had two daughters, Georgianna and Jennifer, and in 1975, she met her partner Sharon at an auto show. They lived in Illinois for many years and in 2005 Janis and Sharon moved to Florida to be close to Georgianna where she became reintroduced to her faith. Upon leaving Florida, the couple moved to Albert Lea where Sharon grew up. 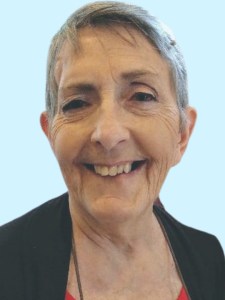 Being from Chicago, Janis was a huge fan of the Blackhawks and would often heckle her granddaughter, Tanya, when the games were on. She loved to drive fast, whether it was in a car or on a motorcycle and she loved playing a round of golf and bowling with friends. Together, Janis and Sharon traveled to Las Vegas and brought their grandchildren to the Badlands and to Canada. Janis and the family went camping for many years in their pop-up camper and spent as much time around the water as they could as Janis was crazy about being near the water.

Janis absolutely loved her family and she loved being a grandma. Through the years, Janis made herself notorious to her daughters as she was always giving her grandkids the things they weren’t supposed to have. She was a funny, goofy lady and people were always uplifted by her energy.

She will be greatly missed.

She is preceded in death by her parents, Donald and Ruth Pasmore.