A Lake Mills man who was charged with two counts of felony third-degree sexual abuse has been found guilty.

Benjamin Roy Monson, 21, was arrested in fall 2019 for his role in assaulting two women two weeks apart in 2018. 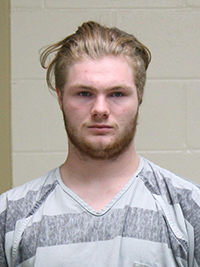 According to court documents, in the overnight hours of Oct. 31 and Nov. 1 at a Mason City residence, Monson forced himself on a woman who was incapacitated and unable to consent to having sex.

On Nov. 15, Monson attacked a woman at the North Iowa Area Community College dorms. According to a police report, Monson held the victim down on a bed and raped her.

DNA evidence was collected at each of the crime scenes and presented at a criminal trial last month.

Monson was handed a guilty verdict on both counts on Monday and will be sentenced at a hearing scheduled for 9:30 a.m. Dec. 21 at Cerro Gordo County Law Enforcement Center.