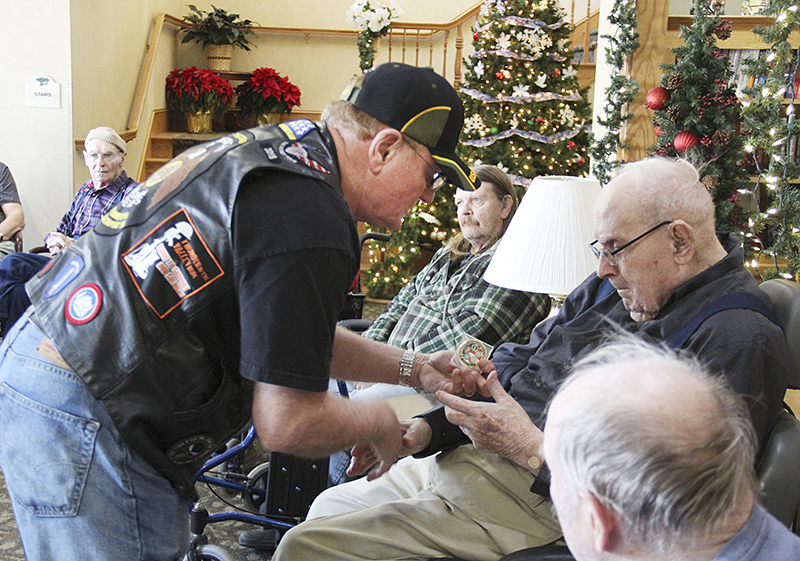 No veteran should ever be forgotten.

That is the message that American Legion Riders Chapter 56 Director Duane Thomas wants to stress.

Thomas, a United States Army veteran who served from 1972 until 1992, said the Albert Lea Legion Riders have started a tradition of taking commemorative coins to veterans in senior living facilities each year. They have also decided to start giving the coins to the spouses of deceased veterans as well. More often than not, the Legion Riders end up sitting and visiting for a while when they deliver the coins. Thomas said numerous friendships have started through the tradition.

With the COVID-19 pandemic, access to care facilities is extremely limited. This year, Thomas said the coins are being delivered to administrators and activities directors at the different facilities, who will then give the coins to the veterans and veterans’ spouses on Veterans Day. With the loss of the in-person contact this year, Thomas said they will be sending the coins inside of greeting cards with handwritten messages inside of them. He said some of the 300 coins have already been delivered to senior homes in Albert Lea, Blooming Prairie, New Richland, Lake Mills and Northwood.

The Legion Riders decide on a few ideas for coin designs each year. The ideas are then sent to the coin manufacturer, who will send back some proofs. The Legion Riders then vote on which design to use on each year’s coin. The group, which typically meets monthly, will start planning out the next coin design in January. 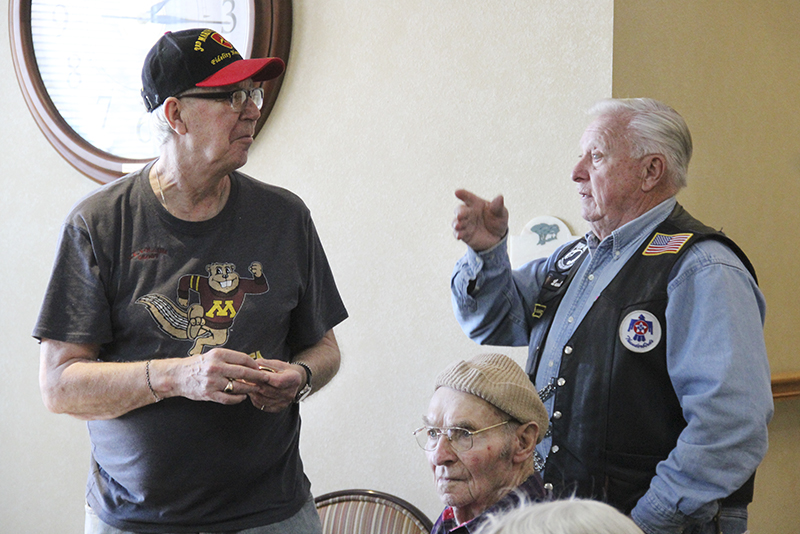 Thomas said they’ve given veterans in the facilities items during the holidays before, such as poinsettias, but feel the coins are a more permanent gift.

“We all know and we understand.”

In addition, the Legion Riders — whose members have to either be veterans or members of the Sons of the American Legion or the American Legion Auxiliary — have a chili cookoff each February to raise money, which goes toward scholarships and helping out veterans and their families.

With the pandemic shutting so much down back in March, Thomas said they got to work early on how to still give the coins out to the area veterans in senior living homes. In some cases the facility administrators approached them about making sure the coins were still delivered in some way, as they told Thomas it means so much to their residents who have either served or loved someone who served.

“It’s really amazing just to see the expression on their faces,” Thomas said of giving the coins to veterans. “… That gives us a good feeling, that we can do something for vets.”