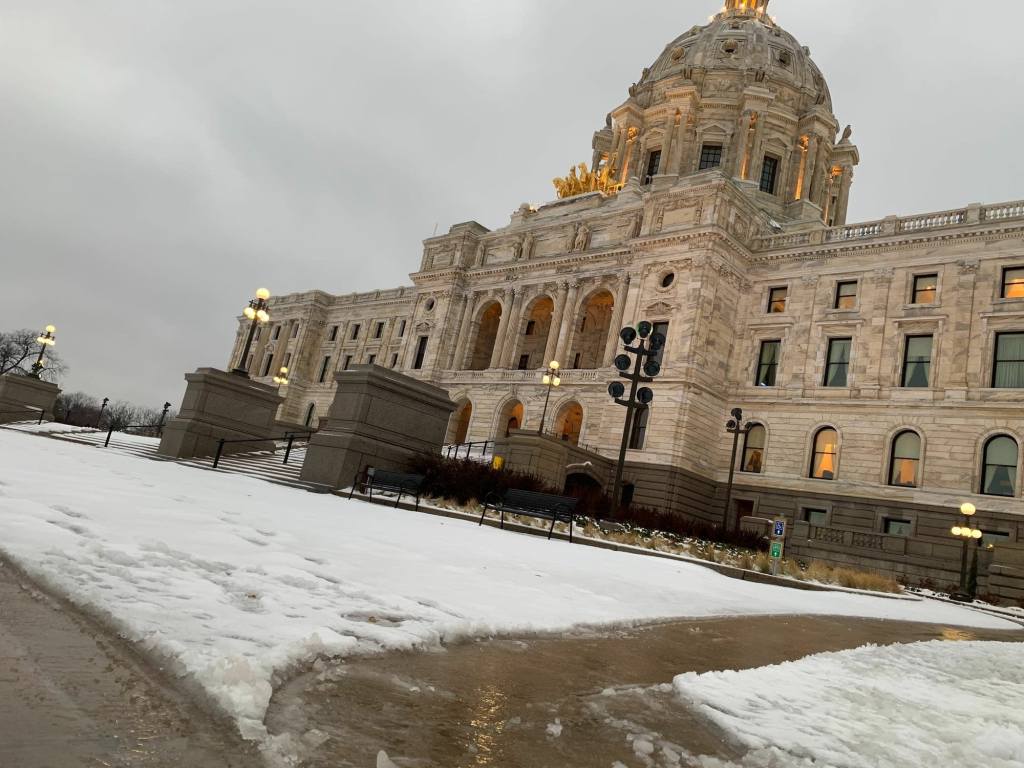 Controversy over how Minnesota Senate Republicans notified others of a COVID-19 outbreak in their caucus spilled into a second day Saturday, with top elected officials trading accusations of poor handling of the pandemic.

After several Minnesota Republican senators and staff tested positive for COVID-19, a top GOP caucus leader emailed Republicans on Tuesday to give them a heads up on the news. Senate Democrats, though, were not told their GOP colleagues had contracted the highly contagious disease before a special session was held on Thursday.

The internal email obtained by MPR News said a number of cases had been identified among GOP lawmakers and their staff.

A caucus spokesperson would not quantify the number, citing medical privacy, but said that no one from the Republican caucus who was in attendance at Thursday’s special session posed a risk of spreading COVID-19.

News of the positive test results drew quick anger from Senate Democrats and Gov. Tim Walz, who called the GOP’s silence on the matter irresponsible.

“This lack of transparency is a blatant disregard for the health and safety of others: our DFL and non-partisan staff, members, and the communities we go home to,” Senate DFL leader Susan Kent of Woodbury said in a statement Friday night, describing it as “outrageous and completely unacceptable.”

Anderson said Friday his positive test result was just received but he had been in self-quarantine all week after experiencing symptoms.

He was not among the small number of senators at the Capitol for this week’s special session. Most participated remotely. Lawmakers aren’t expected to hold another session until mid-December.

In a memo released Saturday afternoon, the GOP’s Senate caucus said members met Nov. 5 in a “large hearing room” in the Minnesota Senate Building and the members were socially distanced and wearing masks. The memo said Senjem notified the caucus he had tested positive for COVID late on Monday, Nov. 9.

Walz on Saturday said anyone who knows about a positive COVID-19 test has a “moral obligation” to inform others who may be at risk.

“As elected officials, we must lead by example. I simply do not understand why Senate Republicans chose only to share that there were positive cases in their caucus with members of their own party before Thursday’s floor session.”

Senate Majority Leader Paul Gazelka, R-East Gull Lake, defended his caucus on Saturday, saying his members followed state and federal health recommendations for social distancing, masks, and “limiting time together during session so no one was put at risk.”

He shot back that Walz was trying to blame Republicans. “Your policies have failed to protect LTC (long-term care) residents and workers, and with community spread uncontrolled despite masks and distancing, you’re just looking for someone to blame,” Gazelka wrote Saturday on Twitter.