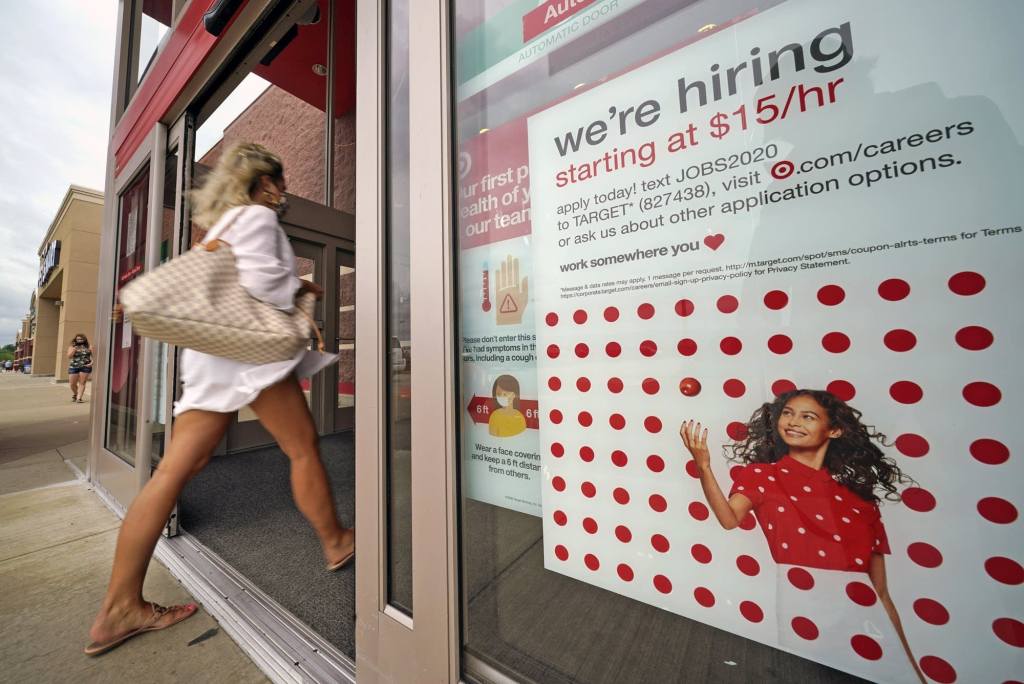 A help wanted sign hangs on the door of a Target store in Uniontown, Pa., Sept. 2. Minnesota’s unemployment rate dropped sharply last month to 4.6%, down from 5.9% in September. Gene J. Puskar/AP Photo file via MPR News

New figures from the Minnesota Department of Employment and Economic Development show the seasonally adjusted rate was 4.6 percent last month, down from 5.9 percent in September.

Minnesota’s rate is a full 2 percentage points lower than the national average.

While there were thousands of jobs added to payrolls, the state still saw a decline in the percentage of people counted as part of the labor force. There has been a steady decline in that statistic since the pandemic hit.

The numbers come before a new round of restrictions that will sideline thousands of service industry workers for the next four weeks.