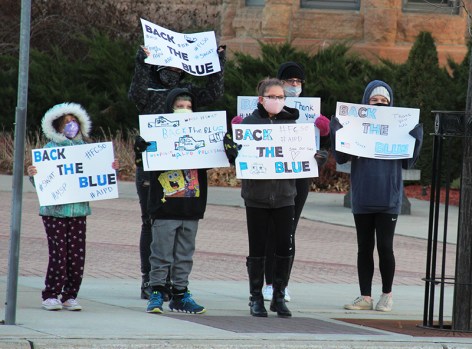 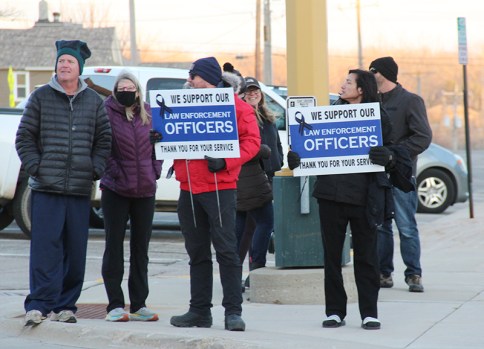 About two dozen people came out to show their support to law enforcement officers late Sunday afternoon after a shooting earlier in the day that injured three people, including one officer. Sarah Stultz/Albert Lea Tribune 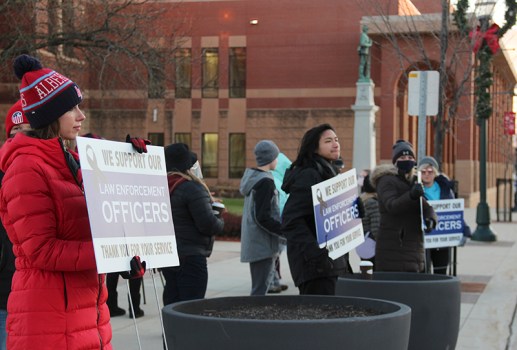 About two dozen people came out to the corner of Broadway and College Street late Sunday afternoon to show their support for local law enforcement after a standoff and shooting earlier in the day.

Most carried signs, and they waved as people drove by honking their horns.