Age 60, of Eden Prairie, formerly of Alden, MN, Passed unexpectedly on November 4, 2020 following an accident. He was born on October 21, 1960 in Albert Lea, MN to Richard and Kathleen Kanzenbach. He served 20 years in the Marine Corp. On Sept. 16, 1989 he married Sheryl Larson. 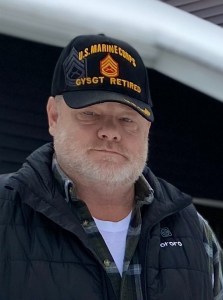 They raised 2 daughters, Cassie, and Amber. Richard was a proud and devoted Marine who believed “Once a Marine, always a Marine.” Richard is preceded by his parents, Richard and Kathleen, and brother-in-law Mac McKenzie. He is survived by his wife, Sheryl: daughters, Amber and Cassie (Chris) Willett; siblings, Jerry (Judy) and Dawn McKenzie, and many nieces, nephews and other family and friends, especially those in his VA family. A private celebration of life will be held Monday, November 16 at 11:00 AM with a livestream recording provided by Simple Traditions by Bradshaw. Interment to follow at Fort Snelling National Cemetery at 1:00 PM. Semper Fi Marine. simpletraditions.com 651-767-9333

Eleanor A. Leiser (Calverley), 94, of Northfield, MN, formerly of Albert Lea, passed away at the Benedictine of Northfield on... read more