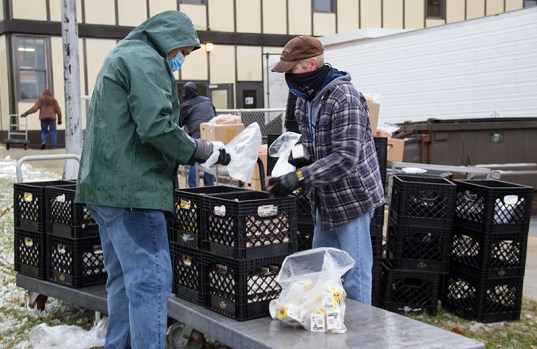 Albert Lea Area Schools employees sort out food for district families during a meal distribution Tuesday morning. District staff handed out boxes with a total of 19,618 meals for the holiday weekend, including 10,770 meals for children and 8,848 for adults. Sarah Stultz/Albert Lea Tribune 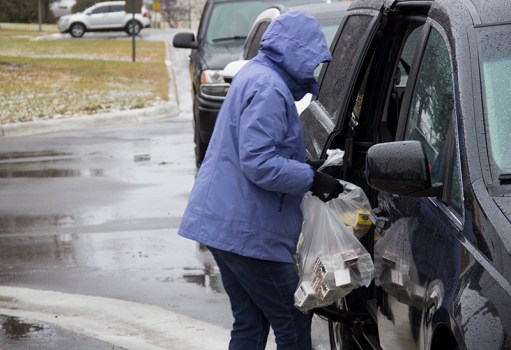 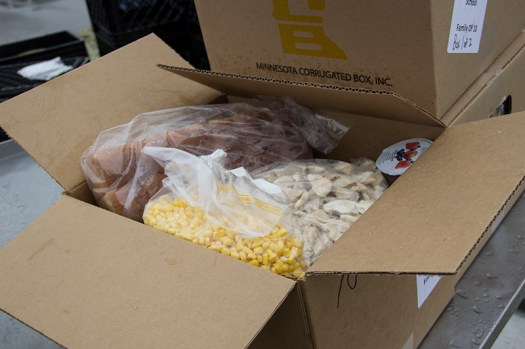 Food boxes included canned goods, meat, corn and bread, among several other items. The meals were made possible through the USDA’s extended Summer Food Service Program and a Community Hub Feeding Grant received by the district that is aimed at feeding adults in households where students live. The grant expires at the end of December. Sarah Stultz/Albert Lea Tribune

Albert Lea Area Schools employees distributed almost 20,000 meals on Tuesday to students and their families heading into the Thanksgiving holiday.