Susan “Sue” J. Geiken was born on December 5, 1944, in Albert Lea, Minnesota, the daughter of Carlyle and Margaret (Fritz) Olsen. She married Larry Enderson, and to this union Jay and Justine “Tina” were born. They were later divorced. She married Dennis Geiken in February of 1985.

Sue had worked at Naeve Hospital as a nurse’s aide, then had an opportunity to use her artistic talents as the designer for the window displays at Macy’s Department Store in Minneapolis, where she stayed for several years. 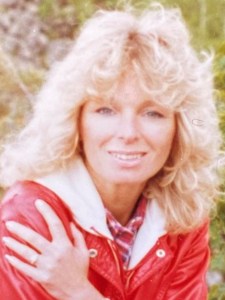 She was a very unique and talented person who embodied doing things her own way. She endured many health issues over the past thirty years but was still able to live a great life and spent most of those years with Denny by her side. They so enjoyed their years in Florida where they met many friends. Denny supported her and made her life special and rewarding until his passing 21 months ago. Now there are together in peace forever.

She was an extremely talented artist and was able to share this with all she met. She had the greatest ability to see something in her mind before she painted it. She was fun and quirky, and that made her the special person that she was.

She was preceded in death by her parents Carlyle and Margaret Olsen, her husband Dennis Geiken and a brother Terrill Olsen.

Memorial Services will be held at 11:00 A.M. on Tuesday, November 10 at Bonnerup Funeral Service, Albert Lea. Her grandson, Rev. Josh Enderson will officiate.  Friends may visit with family from 10:00 until the time of the service at the funeral home on Tuesday.

Interment will be in Hillcrest Cemetery.