‘Time will tell how it turns out’ 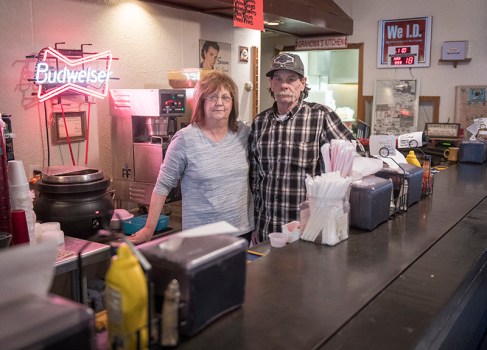 Candy and Bob Neely, pictured in March of this year, own Grandma's Kitchen in Albert Lea, which continues to offer carry-out and delivery. - Colleen Harrison/Albert Lea Tribune 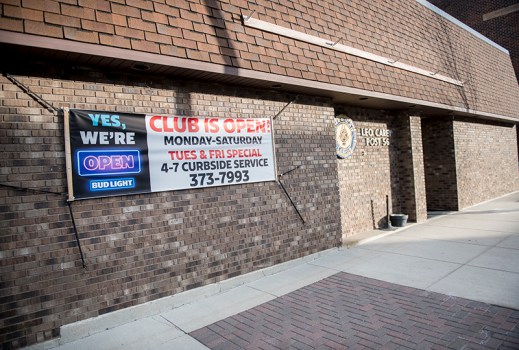 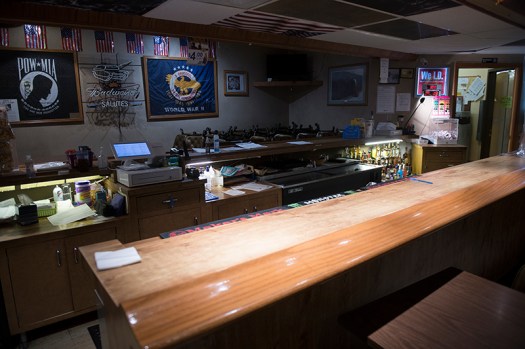 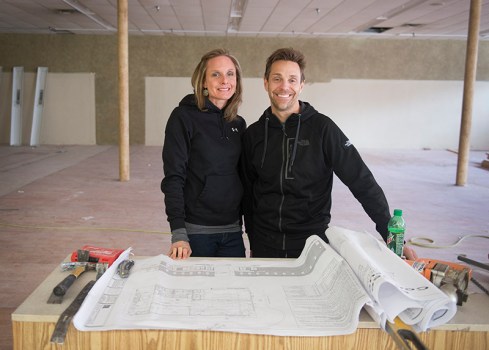 Albert Lea business owners brace for another round of closures

When many Albert Lea businesses were asked to shut down for a few weeks in March at the start of the COVID-19 pandemic, little did they know they would ultimately be closed for three months.

After reopening in June, many had started getting back on their feet.

Now, several businesses are being asked to close their doors again Friday for four weeks as COVID-19 cases spike to an all-time high throughout the state.

Gov. Tim Walz’s order issued Wednesday includes restaurants, bars, fitness centers and indoor entertainment venues. Though indoor dining will not be allowed, restaurants will still be allowed to have takeout and delivery.

“We were lucky enough to have a strong community,” he said, noting donations of about $30,000 during that time period helped the nonprofit organization pay its bills. The Legion also secured a grant given out by Freeborn County to nonprofits and got a PPP loan.

This go-around — so far — things are different, and he said his employees are worried. He said he hoped the government would be able to provide some type of aid or they might have to prepare for the worst.

A veterans service organization, the Legion’s primary focus is veterans. The post also has a bar, and before the pandemic it offered a place where people can have fundraisers. A couple service clubs meet there regularly and will not be able to do so during this time.

“At the end of the day, we’re here for the veterans,” he said. “I, myself, am a veteran, and I take it very personally.”

Heien said the organization plans to continue its carryout meals on Tuesdays and Fridays, and he is hopeful those will be able to provide some revenue. On Tuesdays, the organization offers hamburgers and cheeseburgers, and on Fridays it has other meals. He said the meals can be delivered curbside so people don’t even need to get out of their cars.

Bob Neely, who has owned Grandma’s Kitchen for almost 11 years with his wife, Candy, said his business also plans to continue takeout and delivery for customers.

He said while he does not agree with the governor’s decision to pause indoor dining for four weeks, he thinks Walz is doing what he thinks is right.

Neely said though he is not sure his business will make it through, he and his wife are trying to stay optimistic.

“We did bounce back from the last one, but now we’re going to deal with it again — and in winter utility bills get higher,” Neely said. “We’re going to hope that the community backs us like they did last time. … I guess time will tell how it turns out.”

Mollee Tscholl, co-owner of SNAP Fitness, said she and her husband were expecting some added restrictions when the governor addressed the state on Wednesday, but they hadn’t expected a complete shutdown again of their business.

Tscholl said they haven’t heard of any outbreaks that have come up through SNAP Fitness or from any fitness center in Albert Lea. She referenced data that shows there is only a .003% infection rate in Minnesota through gyms and fitness centers.

“If gyms were a hotspot that would be a different scenario because we understand the virus is spreading more quickly,” she said. “But we don’t think gyms are the places where we’re seeing the spreading increase.”

She noted there are other restrictions that could have been put in place before completely shutting down gyms, such as implementing a reservation system or reducing capacity.

Particularly in Minnesota in winter, she said people need an outlet for mental health.

“This is a critical time when we can’t ignore the needs of people mentally and to remain strong,” she said. “So many people rely on that outlet of exercise. To take that away from them, it seems unfair considering the data.”

Exercise also strengthens the immune system, which needs to be strong to combat illness — whether it’s COVID-19, the flu or cancer, she said.

“We understand the dilemma our state and country is in,” Tscholl said. “It’s just we see gyms as part of the solution and not part of the problem.”

“We always give it to God and pray that he will lead the way,” she said.