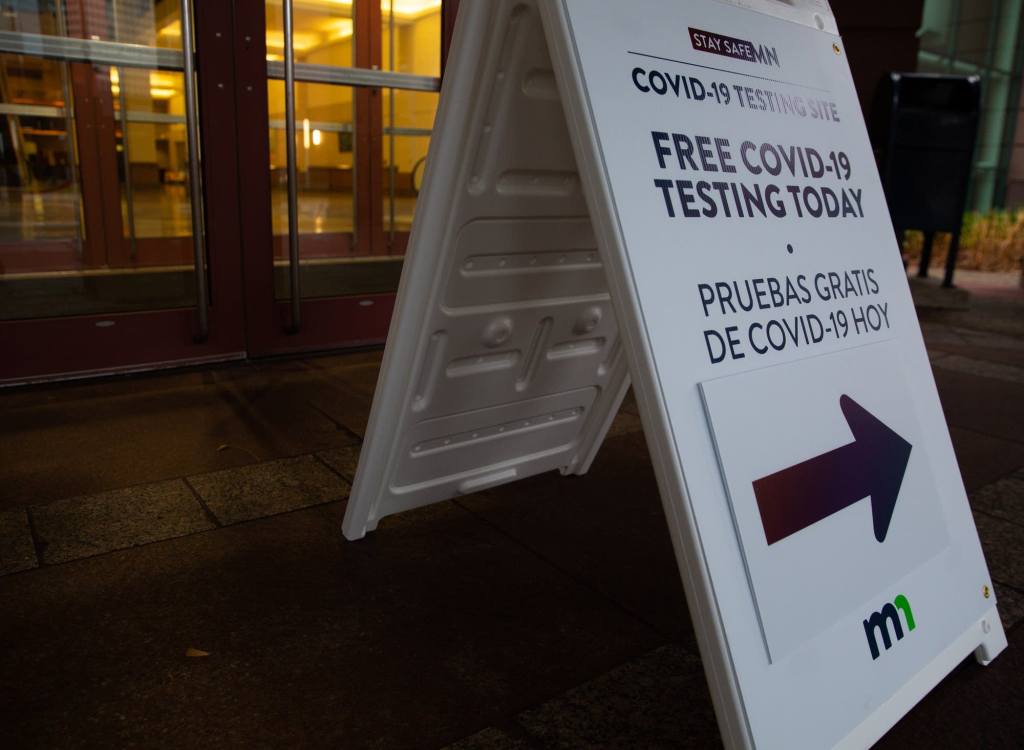 Gov. Tim Walz said Monday he’s pulling together a relief package intended to aid bar and restaurant owners and workers hurt by the current ban on in-person service, including sales tax forgiveness, and that he was prepared to call the Legislature back quickly to pass it.

He didn’t put a dollar figure to the cost, but he called the need to aid those businesses and workers “absolutely critical.” He said he’ll publish the plan on Tuesday and he expressed hope of reaching a compromise with GOP lawmakers.

One bit of hopeful news: New cases and the positive test rate continued their trend downward of the last few days, an indication the peak of the current surge may be in sight.

The trend lines for deaths and hospitalizations continue to climb. Officials remain concerned that another wave is likely if Minnesotans don’t abide by health experts’ pleas to call off Thanksgiving gatherings.

The newest numbers follow a weekend where the state Health Department reported more than 13,000 new COVID-19 cases and 91 more deaths.

Given the trend lines, Minnesota could reach 300,000 total cases this week and another 100,000 cases in the next 15 days, said Kris Ehresmann, the state’s infectious disease director.

Although new hospital admissions have flattened somewhat in the past week, nearly 1,800 people are in Minnesota hospitals with COVID-19 as of Monday, with about 20 percent needing intensive care. The number of hospitalizations has more than doubled since Nov. 1.

Allina Health CEO Penny Wheeler told MPR News Monday that intensive care beds in Allina hospitals were full over the weekend and while there are enough medical supplies and beds for now, staffing is critically short.

Of the 276,500 confirmed or probable cases of COVID-19 in Minnesota identified to date, about 82 percent have recovered to the point they no longer need to be isolated.

The deaths reported Monday raised Minnesota’s toll to 3,265. Among those who’ve died, about 68 percent had been living in long-term care or assisted living facilities; most had underlying health problems.

Also on Monday officials rolled out a new smart phone application that will alert users to potential exposure to COVID-19 based on technology designed to keep personal information private.

New cases have been spiking over the past three weeks in all age groups.

People in their 20s still make up the age bracket with the state’s largest number of confirmed cases — more than 55,000 since the pandemic began, including more than 30,000 among people ages 20 to 24. The rapid increase, however, has tapered off in recent days.

The number of high school-age children confirmed with the disease has also grown, with nearly 22,000 total cases among children ages 15 to 19 since the pandemic began.

Walz said recently the state has data showing infection rates rising around bar and restaurant activity after 9 p.m. among young adults, noting that people who have the virus but don’t have symptoms are unwittingly spreading it.