Another legislative session looms on Zoom 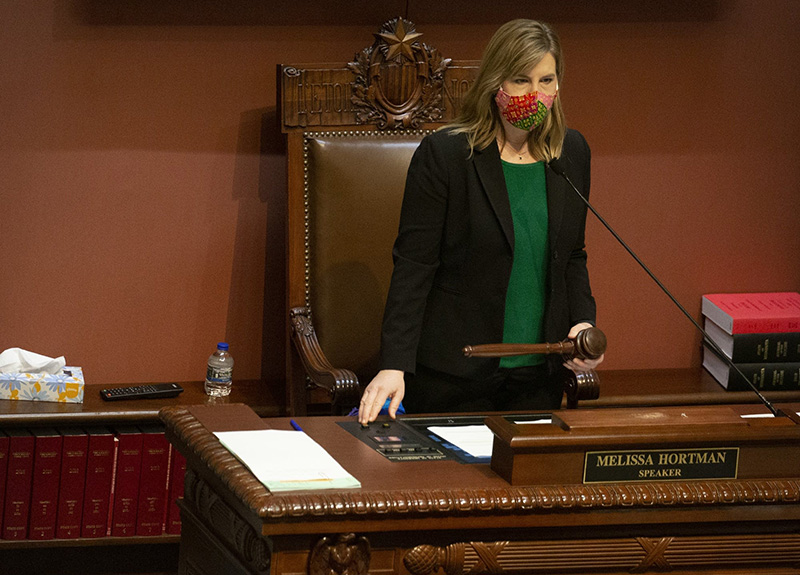 Minnesota legislators return to action next Tuesday to begin putting together a massive two-year state budget under the restrictions of COVID-19 protocols at the Capitol that took hold last March.

Rep.-elect Liz Boldon, DFL-Rochester, is among the new lawmakers who will be learning the ropes under circumstances that are far from normal. Boldon said she is not sure about how a lot of things will go in 2021, including the opening day swearing in of legislators and where she will be during floor sessions, but she’s ready to get to work and figure it all out.

“If 2020 has taught me anything, it’s that you just can’t plan everything and be adaptable and flexible and go with the flow,” Boldon said.

The workload was lighter in the last regular session, as well as in the series of special sessions that followed. A budget-writing year means more work and more meetings.

“We have the privileged position of being able to do our work through technology, and we will use that technology to do our jobs,” Hortman said, meaning the House will conduct all committee meetings remotely via Zoom.

During floor sessions, a handful of people will work in the House chamber. But most lawmakers will participate from their office or home, using new remote voting technology aimed at speeding up the process.

Hortman stressed that the public will still be able to testify in committee hearings. She added that it will actually be an easier option for many Minnesotans.

“Before, if you lived in International Falls and you wanted to testify at a hearing of the Minnesota Legislature, you had to commit to a four hour drive down and a four-hour drive home or more,” she said. “Now, you would be able to appear and not miss your full day of work.”

The Minnesota Senate will start the 2021 session with many members working remotely.

“What we’ve done is we’ve made the committees smaller with the idea that we can social distance in some of these rooms,” he said, adding that his goal is to return fully to in-person lawmaking later in the session.

Both Gazelka and Hortman said they are encouraging legislators to hold back on bill introductions to help lighten the load for legislative staff and allow more time to focus on the budget.

Face-to-face interaction is a critical part of the process, especially in a budget year, Gazelka said.

“Many, many issues get solved just walking down a hallway and you bump into somebody and you take up another piece of information on the way to another meeting,” he said. “So all of those little meetings in between meetings are not happening, and that’s part of the problem. This is a relationship business.”

The lobbyists that are often part of those conversations with legislators are also concerned.

Jeremy Estenson, outgoing president of the Minnesota Governmental Relations Council, said the differing approaches of the House and Senate will be challenging. Estenson said he is also concerned about access to the Capitol and lawmaker offices, which will remain extremely limited.

“The hallway conversations where you can bring a smaller group of stakeholders together and work on consensus items or find some progress seems pretty unlikely at this point,” Estenson said.