Bradley Eugene Nelson was born on June 29, 1958, at Naeve Hospital in Albert Lea, Minnesota. He was the son of Eugene and Charlotte (Evenson) Nelson. He was baptized and confirmed at Trinity Lutheran Church in Albert Lea. Brad “Buzz” Nelson graduated from Albert Lea High School with the Class of 1977. Brad was known as “Buzz” to those in Minnesota and “Nelson” to those in Iowa. He worked at the Country Kitchen in Albert Lea through high school and moved to Pella, Iowa in 1982 to help open a new Country Kitchen. Brad was then proud to be employed by Pella Corporation where he was employed for the past 35 years.

Brad’s cats were his children and they were very important to him, as were his friends. He enjoyed playing with his recreational toys, particularly his boats on the De Jong pond. He was looking forward to restoring his 1972 Pontiac Grand Prix. Brad enjoyed spending time with his nieces: Brieannah, Bryleigh, Saige, and Sydne De Jong and when he could, Megan (Stephen) Jensen and his nephew, Ben Shuldes. 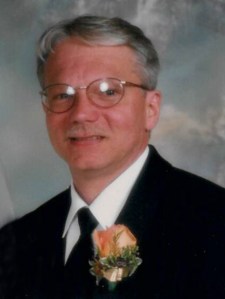 On Wednesday, December 2, 2020, at his residence in Pella his earthly journey ended at the age of 62 years. He is survived by his two sisters: Kris and her husband, Glen Shuldes of Shoreview, Minnesota and Stacy and her husband, Brad De Jong of Pella; and his ex-wife, Lori (Adkisson) Nelson. He was preceded in death by his parents, Gene and Char Nelson; two infant sisters, Jolene and Dorene; and his cats (his family) Bosky, Lexi, Shadow, Doc, Misty, and Brutus.  Funeral services were held on Saturday, December 5 at Van Dyk – Duven Funeral Home in Pella, Iowa. Memorials may be given to the Liberty Evangelical Free Church Youth Group in Pella, Iowa.