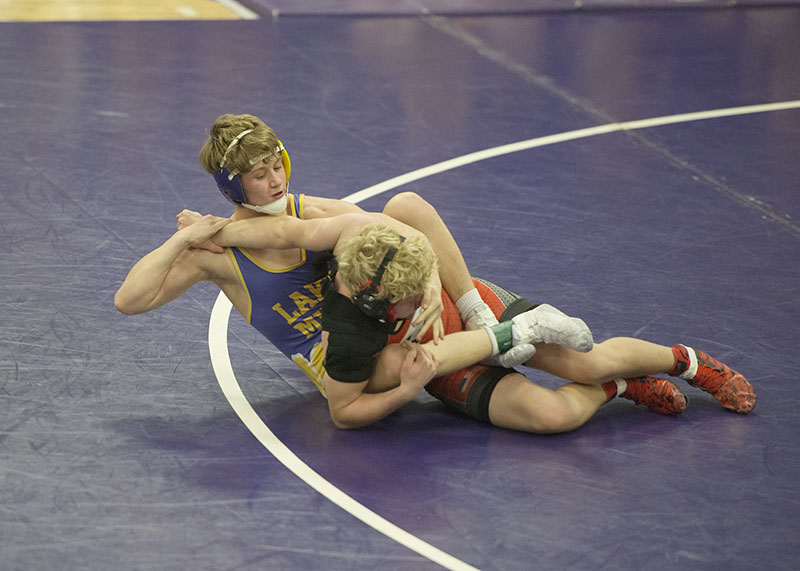 The Bulldog wrestling team started their quest for a sixth straight trip to the state tournament  with three victories Thursday night, including a huge win over Nashua-Plainfield.

The team hosted its first three Top of Iowa Conference duals on Thursday night. Lake Mills made quick work of their first two opponents by drubbing both Garner-Hayfield-Ventura 64-18, and Newman 72-9.

“It was nice to get off to a fast start to the season, as the boys really dominated the first two opponents,” said head coach Alex Brandenburg. “They really got after it and picked a lot of pins.”

On the other mat, Nashua-Plainfield dominated the same two opponents by similar scores, setting up another great matchup between two teams likely to be ranked in the top eight when dual rankings come out.

The Bulldogs got off to a great start to lead 30-0 after five bouts. Then came the onslaught by the Huskies, who won the next six bouts to take a 31-30 lead.

Lake Mills would make quick work of its next two opponents to seal a 42-37 victory.

“The dual against Nashua-Plainfield was a big win for us,” Brandenburg said. “That being said, we made a lot of mistakes which need to be cleaned up to be as strong as we have been the past few years.”