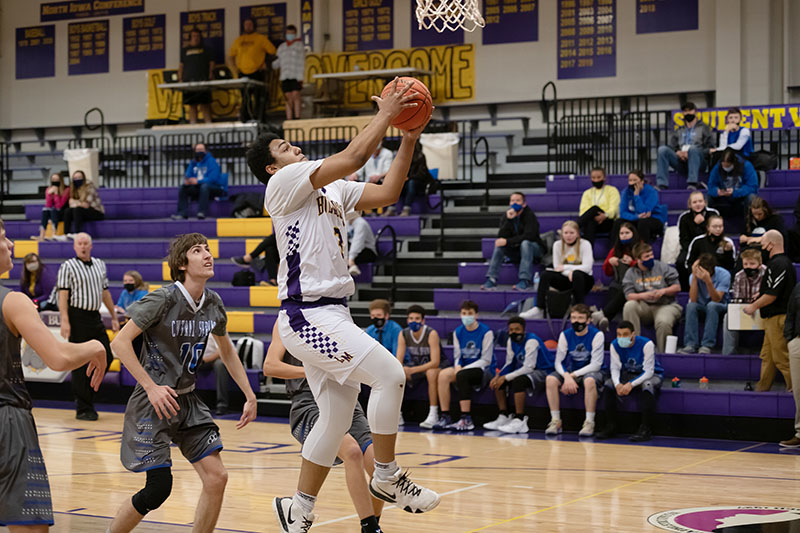 Lake Mills senior Dashawn Linnen lays the ball up for two of his 22 points against Central Springs Monday night. The Bulldogs won the game 94-46 over the Panthers. - Lory Groe/For the Albert Lea Tribune

The Bulldogs controlled the matchup from the opening whistle, going on to win the game 95-46.

The Bulldogs scored 31 points in both the first and second quarters to open up a 62-22 lead at halftime. It was much the same  in the second half as the Bulldogs had no trouble maintaining their lead through the end of the game.

The Bulldogs were led in scoring by senior Dashawn Linnen with 22 points, 12 of which were from beyond the three-point line. Linnen also added six assists. Fellow senior Caleb Bacon had an impressive statline, totaling 13 points, seven rebounds, five assists and three steals. Junior Wyatt Helming had a similar night with 13 points, seven rebounds and four assists.

Sophomore Denton Kingland was the only other Bulldogs in double figures with 10 points.

Seven other players added to the point total, including AJ Ramaker and Ryan Huston with seven each, Seth Hermanson with nine, Kadin Able and David Hugo with four each, and Eli Menke and Logan Bacon with three each. 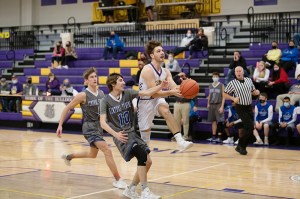 Junior AJ Ramaker is fouled on his way to the basket Monday night at home. Lory Groe/For the Albert Lea Tribune

Lake Mills got to the line 26 times and made 12 of them. They made 36 field goals, compared to 19 by Central Springs.

In five games this season, Lake Mills has outscored its opponents 366-210.

The Bulldogs move to 5-0 this season and will play Garner-Hayfield-Ventura Friday night.