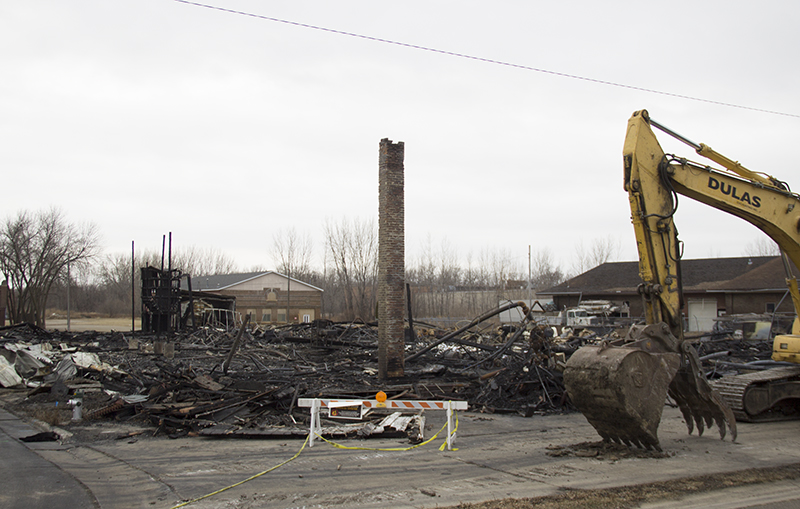 The city of Albert Lea has contracted with Dulas Excavating for cleanup of the debris left from the large warehouse fire earlier this month. The property is expected to be cleaned up by early January. Sarah Stultz/Albert Lea Tribune.

Cleanup will soon begin at the site of the former Merrick warehouse, which burned down in a large fire on Dec. 3.

The city of Albert Lea on Tuesday announced it had received a court order allowing for the cleanup at the site, 601 W. Main St., and that it had received quotes from businesses to do the work. The city accepted the low bid and signed a contract with Dulas Excavating.

Equipment will soon be arriving at the site, and the cleanup should be complete in early January.

The blaze completely destroyed the warehouse and led to the evacuation of 13 homes nearby because of heavy smoke. Some of the homes sustained siding damage from the high heat.

Testing of the site is ongoing and has revealed no hazardous materials to date.