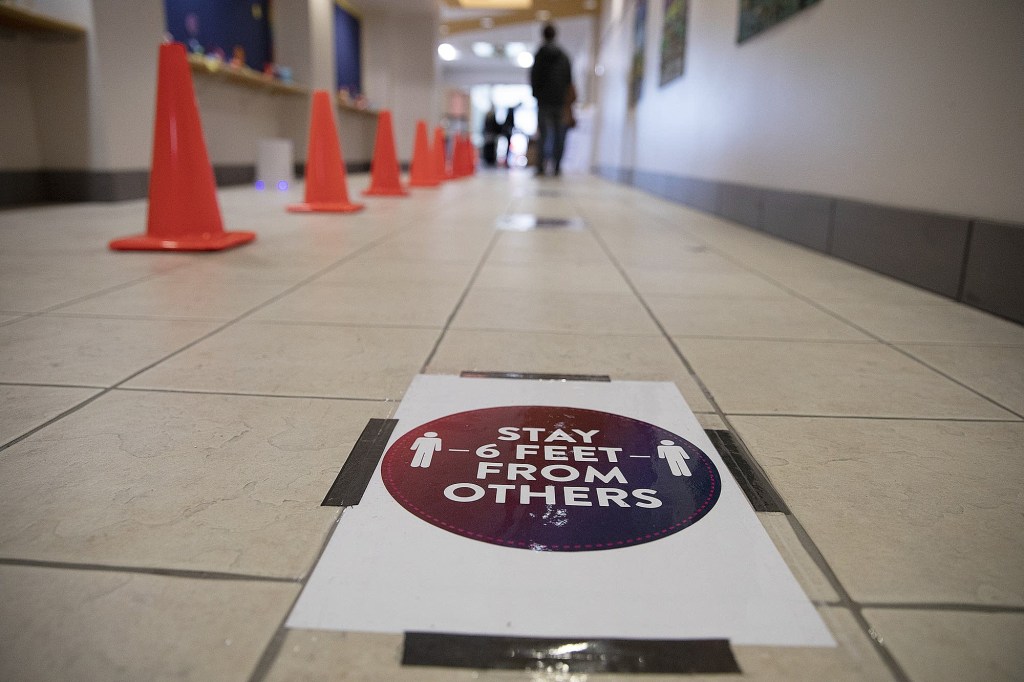 Minnesota officials on Friday reported another 94 COVID-19 deaths, extending an already awful December — 699 deaths posted in the first 11 days, atop more than 1,100 deaths recorded in November.

Friday’s toll marked one of the highest single-day counts in the pandemic and pushed the seven-day trend of reported deaths to a new high.

Those grim numbers were offset somewhat by the fact that new daily caseloads and hospital admissions continue to slow after spiking in November and the start of December. The Health Department posted 3,773 newly confirmed or probable cases on Friday.

New hospital admissions remain down from last week’s record, although hospitalizations remain relatively high — 1,461 people remain in the hospital with COVID-19 as of Thursday, with 343 needing intensive care.

Minnesota officials still expect to see a wave of COVID-19 cases and hospitalizations originating from Thanksgiving holiday celebrations, but it hasn’t happened yet.

Health Commissioner Jan Malcolm said Wednesday she was somewhat hopeful that many families heeded public pleas to not gather in big groups for Thanksgiving, and so the worst-case scenarios of a post-holiday surge might not materialize.

Minnesota is still likely to hit 400,000 cases “in the next week or so” Malcolm told reporters this week. The state passed 300,000 cases less than two weeks ago.

The newest numbers put Minnesota’s total of confirmed or probable cases at 370,968 to date. In about 88 percent of those cases, people have recovered to the point they no longer need to be isolated.

The deaths reported Friday raised Minnesota’s count to 4,292. Among those who’ve died, about two-thirds had been living in long-term care or assisted living facilities; most had underlying health problems.

People in their 20s still make up the age bracket with the state’s largest number of confirmed cases — more than 71,000 since the pandemic began, including more than 38,000 among people ages 20 to 24.

The number of high school-age children confirmed with the disease has also grown, with about 29,000 total cases among children ages 15 to 19 since the pandemic began.

Central and northern Minnesota drove much of the increase in new cases over the past five weeks, while Hennepin and Ramsey counties showed some of the slowest case growth in the state.

After a spike in confirmed cases through much of November, all regions of the state have seen new case numbers plateau or start to fall in recent days. Hard-hit northwestern Minnesota may soon have fewer new cases per capita than the metro.

Hot spots continues to pop up in rural counties relative to their population.

‘A problem for all of us’

State health officials on Thursday noted that several of the newly reported deaths included people in their 20s, 40s and 50s, emphasizing the disease isn’t simply focused on the very old.

“This is not just a problem for the elderly, for our fellow Minnesotans who have medical conditions. It is a problem for all of us,” state epidemiologist Dr. Ruth Lynfield told reporters.

“Until we have safe and effective vaccines, we really need to do everything we can to stop transmission between fellow Minnesotans,” she added. “We know this is hard. It is taking a big toll on so many areas of our lives. But we have to hang in there and we have to do the best we can.”

Part of the challenge is that many people infected with COVID-19 do not have symptoms but are still spreading it. Lynfield said it’s estimated that about half of the spread of the disease is coming from people who are not showing signs of illness.

Minnesota lawmakers say they have a partial deal on COVID-19 relief, with $216 million for businesses.

Other aspects for workers and families, including an extension of unemployment benefits, remain up in the air ahead of Monday’s special session.

No final agreement is in place. House Majority Leader Ryan Winkler, DFL-Golden Valley, wrote on Twitter that there would be “no deal without help for Minnesota workers.”

Still, news of a partial agreement offered some movement toward a package that DFLers and Republicans say is needed heading into Monday’s legislative session.

Lawmakers have been working on a plan intended to help some 14,000 bars, restaurants and other hospitality businesses in Minnesota hurt by the restrictions forced by COVID-19. That includes a monthlong ban on in-person bar and restaurant service set to run until Dec. 18.

The governor had been expected to say this week whether he’ll extend that ban beyond Dec. 18, although an announcement is now expected Monday.

Freeborn County reported 11 new cases on Friday, increasing its cumulative total to 1,759. Of the total cases, 150 are considered active. No new hospitalizations were reported.

The county has had 84 people who have been hospitalized at some point during their illness, and 12 people have died. Three deaths came this week.

No new COVID-19 deaths were reported Thursday in the area.