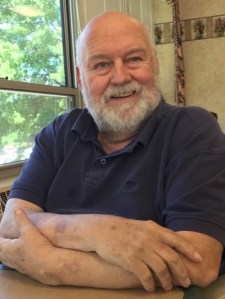 He graduated from Alden-Conger High School in 1967. Following graduation, he attended Minneapolis Vocational School of Barbering.

He enjoyed barbering for 50 years until health issues forced him into retirement. The past 45 years were spent on Main St. in Ellendale where he fostered many friendships.

Jim was an avid sports fan. He especially loved the Minnesota Vikings where he was a season ticket holder for 40 years. He enjoyed his morning and afternoon coffee breaks with his friends. He loved spending time with his family, especially his grandchildren whom he adored.

Jim was a kind and generous man with a hearty laugh and engaging personality.

The family would like to thank Grace Hospice for their loving care and support during his journey home.

National Cremation Society is in charge of arrangements. Services are pending.