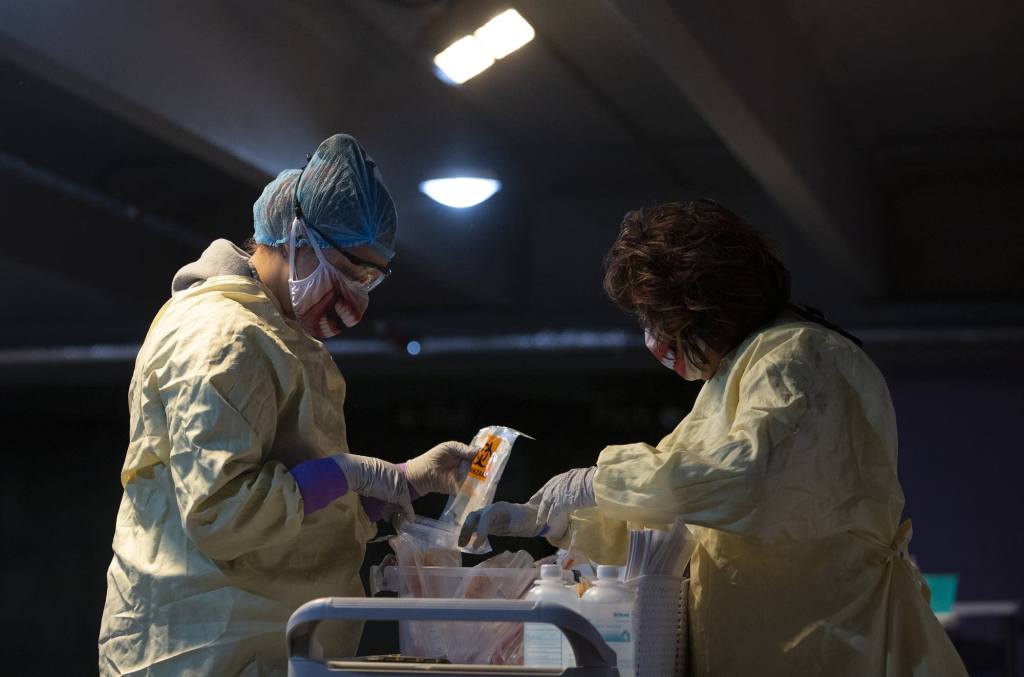 From quarantining to vaccine news to evidence of a potential Thanksgiving surge, this will be a crucial week in charting Minnesota’s path ahead in the COVID-19 pandemic.

On Monday, Gov. Tim Walz said Minnesota would trim its quarantine guidance for those who’ve been exposed to COVID-19 from 14 days down to seven to 10 days, per federal recommendations.

On Tuesday, Walz and a bipartisan group of lawmakers are expected to lay out more details surrounding the distribution of vaccines in Minnesota.

And by week’s end, state public health leaders say evidence of an expected new wave of cases and hospitalizations originating from Thanksgiving holiday gatherings may begin to surface.

The “hardest weeks” still lie ahead, Walz said as he urged Minnesotans to hang on. “We’re getting close here. Just dig deep. Wear the masks. Try not to gather outside your own family, and let’s get this thing done.”

Information cascaded out Monday hours after the state Health Department reported 21 additional Minnesota deaths, pushing the state’s toll in the pandemic above 4,000.

The deaths reported Monday raised Minnesota’s count to 4,005. Among those who’ve died, about two-thirds had been living in long-term care or assisted living facilities; most had underlying health problems.

The state on Monday posted another 5,135 newly confirmed or probable cases of the disease, putting Minnesota’s total at 356,152 to date. About 88 percent of the people in those cases have recovered to the point they no longer need to be isolated.

The ebb in hospital admissions will ease some of the intense pressure on Minnesota hospitals. Health Commissioner Jan Malcolm, though, said analysts still expect caseloads to climb from Thanksgiving celebrations when people may have let down their guard.

While rolling back the quarantine recommendations presented a risk, Malcolm said officials hope that “by trimming off just the last few days when the risk is significantly lower … it will make people more likely to follow the guidance to the end” and get more people to comply.

People in their 20s still make up the age bracket with the state’s largest number of confirmed cases — more than 68,500 since the pandemic began, including nearly 37,000 among people ages 20 to 24.

The number of high school-age children confirmed with the disease has also grown, with nearly 28,000 total cases among children ages 15 to 19 since the pandemic began.

Central and northern Minnesota drove much of the increase in new cases last month, while Hennepin and Ramsey counties showed some of the slowest case growth in the state.

After a spike in confirmed cases through much of November, all regions of the state have seen new case numbers plateau or start to fall in recent days.

Deaths continue to be highest in greater Minnesota, although they’ve begun trending up slightly in the Twin Cities.