Latest on COVID-19 in MN: Just the flu? Death count says no 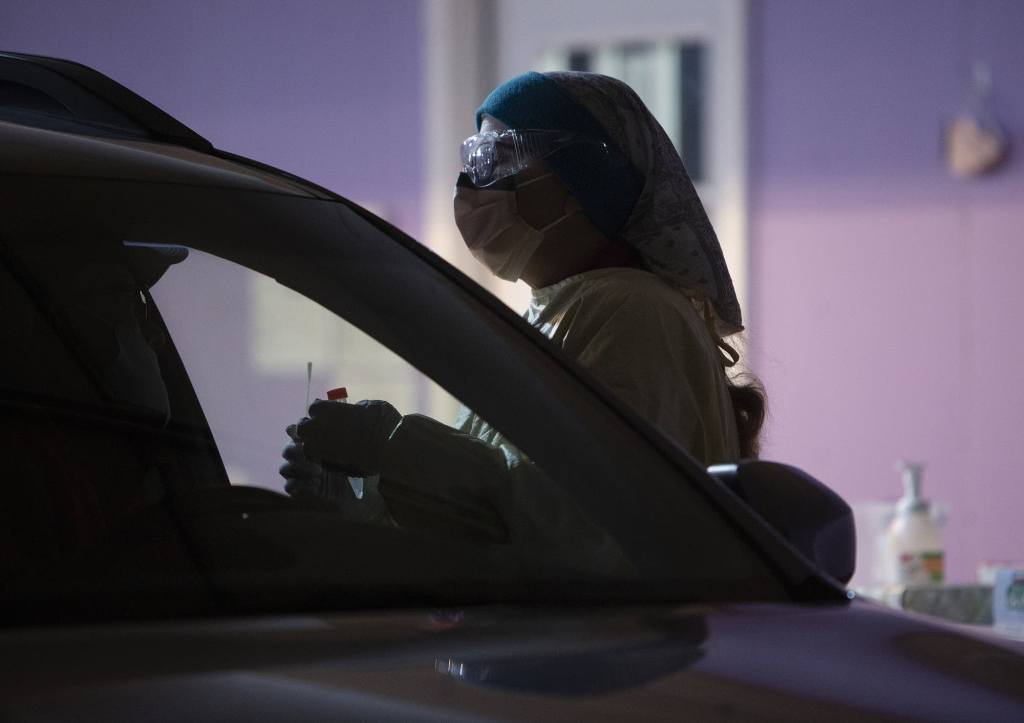 Minnesota’s daily death counts from COVID-19 have been especially hard to handle over the past two months. More than 1,100 people died in November alone, about 30 percent of the total in the entire pandemic.

It’s now killing Minnesotans at a rate far higher than any recent flu season. Roughly one-third of all recent deaths in Minnesota are tied to COVID-19.

In the past few years, respiratory illnesses have been a major contributing factor in about 5 to 10 percent of all deaths in Minnesota, depending on the time of year.

They accounted for around 20 percent of deaths during the state’s May COVID-19 wave. Now it’s even higher: nearly 40 percent of all deaths in Minnesota in recent weeks have been attributed to a respiratory illness such as COVID-19, influenza or pneumonia.

Minnesota’s total number of deaths have been elevated most of the year, and have been particularly elevated during the May and November COVID-19 surges. The technical term for this is “excess deaths,” and Minnesota’s excess deaths this year match up very closely with the number of COVID deaths.

Wednesday’s report — 77 more deaths — marked the second-highest daily toll reported in the pandemic. Officials continue to brace for another expected wave of cases, hospitalizations and deaths in coming weeks originating from Thanksgiving gatherings.

Public health officials have been trying to inject some hope into the difficult times. Earlier this week, they sketched out their plans to distribute vaccines as soon as they’re available. Federal vaccine approvals could start as soon as next week.

“We have been talking about the light at the end of the tunnel. It’s there and it’s getting closer all the time. But we do have to stay the course a bit longer before we reach it,” Kris Ehresmann, the state’s infectious disease director, said Tuesday.

The short-term direction of the pandemic, however, is still unclear. Analysts have cautioned not to read too much into the most recent figures because of the long holiday weekend.

“These daily numbers can and do fluctuate” but “we do remain in a very critical stage of the pandemic,” Minnesota Health Commissioner Jan Malcolm told reporters Tuesday. “We are still in for some very challenging weeks ahead in terms of hospital capacity.”

On Monday, Walz said he’d likely call on Minnesotans not to travel or gather for Christmas.

“I think the guidance around Thanksgiving is going to be very similar around Christmas,” he told reporters Monday, adding there was “little reason” to expect a change in the trajectory of the virus in the next four weeks.

People in their 20s still make up the age bracket with the state’s largest number of confirmed cases — nearly 64,000 since the pandemic began, including more than 34,000 among people ages 20 to 24.

The number of high school-age children confirmed with the disease has also grown, with more than 25,000 total cases among children ages 15 to 19 since the pandemic began.

It’s one of the reasons he’s ordered a ban on in-person service at bars and restaurants until Dec. 18.

State health systems are straining to staff hospital beds as COVID-19 cases grow and doctors, nurses and other care workers struggle to cope with illness among their own families and colleagues.

State officials for weeks have been raising concerns that health care workers are being sidelined by COVID-19, either by illness or exposure in their communities, or else having to care for loved ones.

Malcolm on Tuesday said 56 health care operations in the state have “staffing support needs … It is very definitely an ongoing challenge.”

“We have to tell it like it is. We have to give people the honest, horrible truth of what we’re facing,” she said. “We have to tell them, ‘If you don’t do it — if you, the public, don’t do what you can do — we can’t save you because there are only so many people to take care of people out there.’”