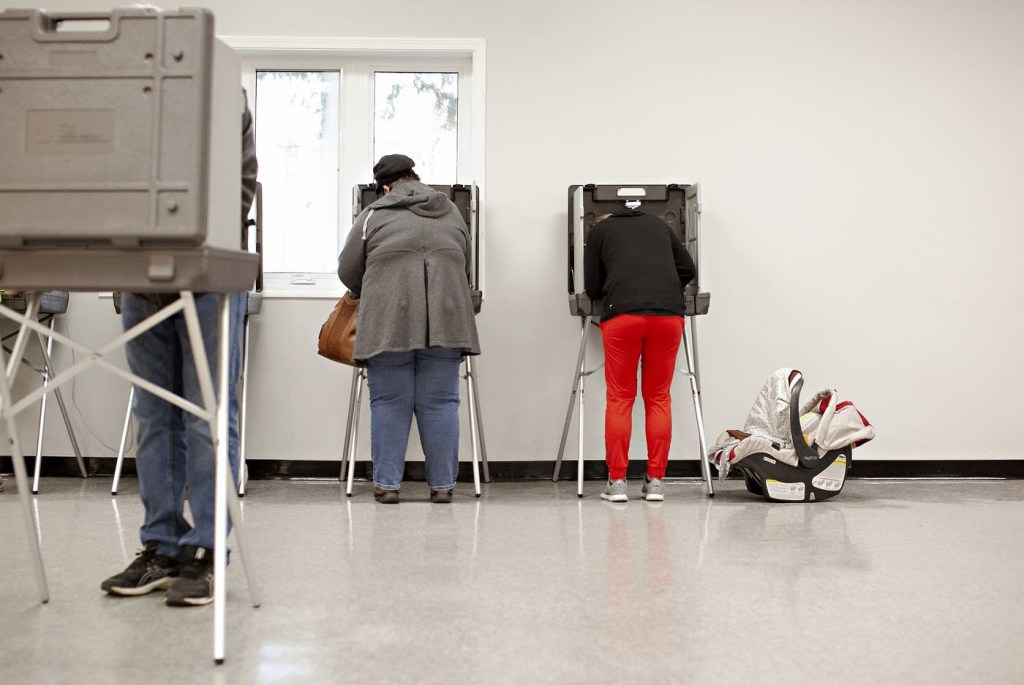 Voters cast their ballots at the Dilworth Community Center in Dilworth on Election Day. "It's been so steady," said Becky Tigue, a head election judge and deputy clerk for the city of Dilworth. "It's awesome." Ann Arbor Miller for MPR News File

A last-gasp challenge to Minnesota’s 2020 election results was headed for a quick decision Friday before a judge who offered little leeway in a court hearing.

Ramsey County District Court Judge Leonardo Castro promised to rule by the afternoon if a trial would begin into a set of cases attempting to overturn four Democratic congressional wins.

Castro repeatedly raised doubts about whether there are grounds to go forward because of how the case was filed and what it contends.

Attorney Susan Shogren Smith represents conservative voters who filed the four cases and said the election itself, not necessarily the candidates, deserves scrutiny.

“Whether we like the result or don’t like the result, that it’s just, that the balls and strikes were called fairly,” she argued. “And right now we don’t have that in our system.”

Castro jumped in, “If it isn’t a question about who won under the statute, that’s the only question I’m allowed to decide. So what are we doing here if it’s not about who won?”

Assistant Attorney General Nathan Hartshorn defended the election and said Secretary of State Steve Simon should not have been a named defendant.

“When you lose a game, you blame the refs,” Hartshorn said. “It happens all the time. This case is far from the first instance of this in Minnesota history.”

The identical cases target the victories of House incumbents Angie Craig in the 2nd District, Dean Phillips in the 3rd, Betty McCollum in the 4th and Ilhan Omar in the 5th. The wins of four Republicans weren’t part of the challenge — something the judge took note of.

A separate election challenge pertaining to the U.S. Senate race won by Democratic incumbent Tina Smith is pending before a three-judge panel. No decision will come until next week at the earliest.

All of the cases allege that changes made to make absentee voting easier were improper and that there were other unproven irregularities in vote counting. The absentee changes were previously upheld by the state Supreme Court, although they ran into some trouble in federal court in a way that didn’t become a factor in any race.

Shogren Smith said she couldn’t acknowledge who won any of the cases because she doesn’t trust the tallies.

“Our elections were tainted and we want an investigation done,” she said, adding, “We don’t know who received the most votes because we don’t know if the votes that were counted were legally cast.”

Abha Khanna, an attorney for the DFL candidates in the cases, said the Canvassing Board’s certification of the results make them official.

“We of course do know who won,” she said. “It is contestants’ burden to prove otherwise.”