Man charged in stabbing death of minor in Austin 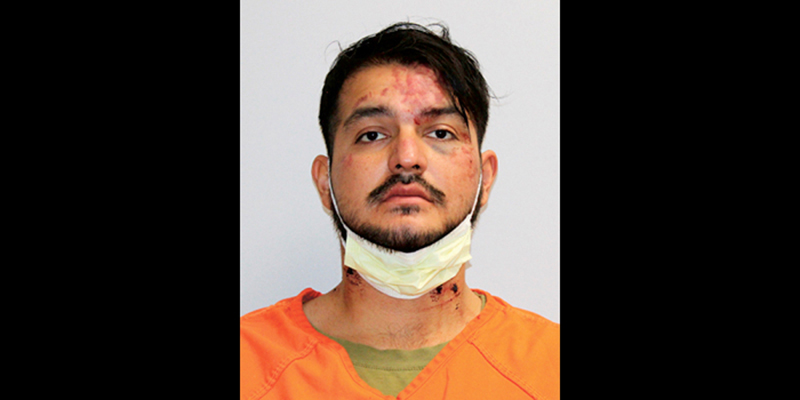 A suspect in the stabbing assault that left one dead and another severely injured made his first appearance on Wednesday in Mower County District Court.

According to the court complaint, police responded to a report that people were being stabbed by a male suspect, later identified as Vaca, at about 8:50 a.m. on Tuesday in the 800 block of Third Avenue Northwest. Law enforcement officers arrived and found a woman lying on the front yard. She was bleeding profusely from a stab wound to her neck and covered in blood. She was able to tell officers that her minor son had also been stabbed and was inside the residence. She indicated that Vaca was the perpetrator and he was also inside the residence. She said he had stabbed her with a gray folding knife.

Officers attempted first aid but were unable to slow the flow of blood. The victim was subsequently flown to St. Marys Hospital in Rochester where she underwent extensive surgery.

Officers entered the residence through the front door and observed copious amounts of blood on the floor. Officers located the other victim, who was lying on a couch covered in blood and struggling to breathe. Officers were able to escort Mayo Clinic Ambulance paramedics into the residence to evacuate the victim and take him to the hospital. He was transported to Mayo Clinic Health System in Austin and then flown by helicopter to St. Marys Hospital in Rochester, where he subsequently died of his injuries.

Officers and deputies located Vaca in a bathroom. He was holding a knife and was tased when he did not comply with an order to drop it. He was disarmed, placed in handcuffs and taken to Mayo Clinic Health System in Austin for treatment of minor wounds before being taken to the Mower County Jail.

Officers cleared the residence and found five juveniles hiding upstairs. The juveniles reported that Vaca was the perpetrator of the stabbing. It was reported that the woman and Vaca were fighting in their bedroom. One of the juveniles ran to get help from the other victim, who then kicked open the locked bedroom door to assist his mother. Vaca was on top of the victim and choking her when the other victim intervened. Vaca then stood up and grabbed a knife and the altercation proceeded to the living room, where Vaca continued his attack on the victims. The female victim told Vaca not to hurt her son, but Vaca stabbed him.

While at the hospital, Vaca was read a Miranda warning. He told detectives that he and the female victim were arguing about his new job and that he “choked” her and “blacked-out.” He said he began to stab the victim and while he was stabbing her, the victim’s son tried to stop the altercation. Vaca then said he swung at the boy and stabbed him, then went to tell the other children in the residence goodbye because he was going to kill himself.

Police obtained a search warrant of the residence and observed a trail of blood leading out the front door and a blood pool near the front door as well as a blood trail in the dining room that led to a bedroom. Police found two knives in a bathroom; one was a folding knife (3-4 inches long) and the other was a kitchen knife with a white handle.

Later in the afternoon, police obtained a search warrant to retrieve Vaca’s clothing and photograph his body. Vaca was again advised of the Miranda warning and spoke to police. Vaca indicated he and the female victim had been “okay” the day before and that he got a new job because he was not getting enough hours at another job he worked. He said he quit his job the night before and he and the female victim spoke about being “done.” When he went to speak with her in the morning, they started fighting and he placed her in a chokehold.

Vaca said that was enough time for the female victim to run out and get help. He said the other victim called 911 and he ran upstairs and kissed the other kids goodbye.

When asked if he knew what was happening, Vaca said he remembered and understood everything that happened. A detective then advised Vaca that the minor victim had died and Vaca said, “I’m a murderer,” and put his head down.

Vaca will appear in court again on Dec. 28.