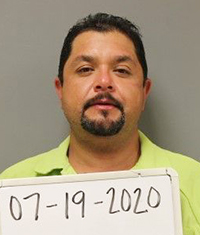 During the incident, another man was reportedly shot in the arm.

Arnoldo Barrientos Jr., who appeared via Zoom for his plea hearing, said he reportedly went to the victim’s house on Gene Avenue July 16 about a prior incident involving a firearm, and his intention was to confront the man.

Assistant Freeborn County Attorney Abigail Lambert said as part of the plea agreement, the state agreed it will not oppose a departure from the mandatory minimum prison time for the charge, but it can ask for up to 180 days in jail and would agree to allow Barrientos to utilize the work release program.

Barrientos is slated to be sentenced Feb. 4.